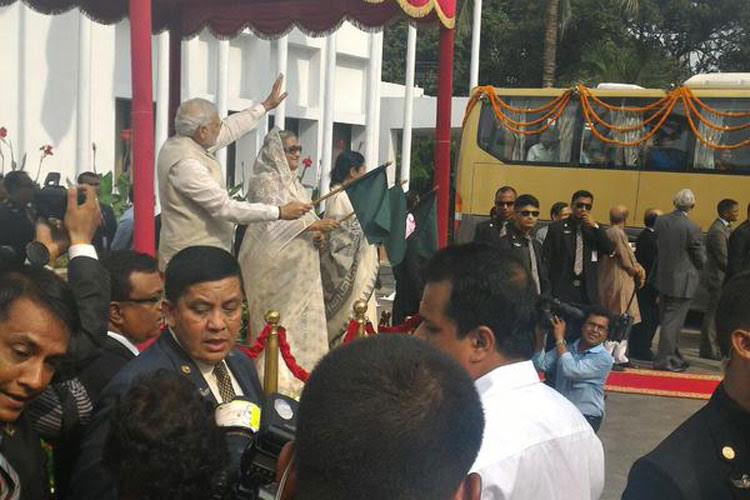 Khulna-Kolkata Maitree Express was inaugurated which will run from Khulna (Bangladesh) to Kolkata via Petropole-Benapole (Bangladesh).

Kolkata-Khulna-Dhaka bus service was also inaugurated on the occasion. The trial runs of the bus service were conducted on October 30-31 last year. It will be further extended to Dhaka as requested by Bangladesh.

There was inauguration of Radhikapur-Birol rail link and flagging off a cargo consignment of High Speed Diesel from Numaligarh Refinery Limited. It is the fourth rail link to be operational between the two nations.

It will reduce the cost of freight by half as the distance covered will be shorter.

“An invaluable glimpse into the life of an inspiring leader. The leaders release Hindi translation of Bangabandhu’s ‘The Unfinished Memoirs’,” Baglay tweeted.