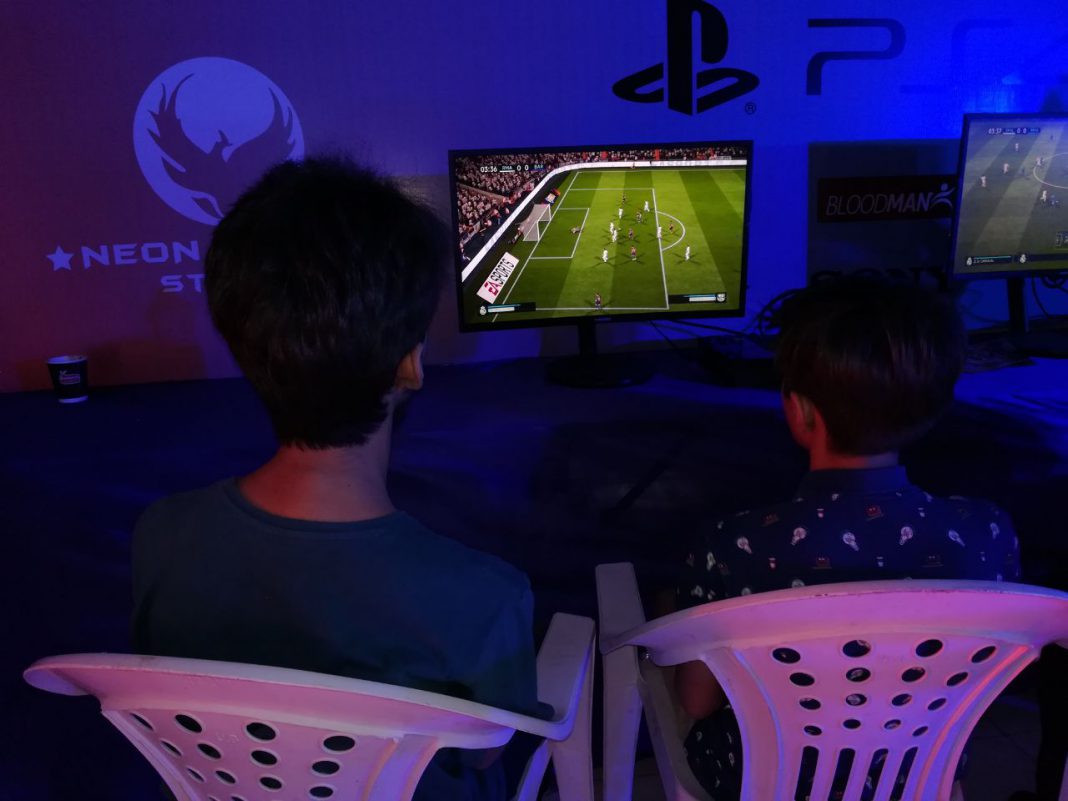 For the last two days Vadodara is turned into a virtual gaming paradise as gamers from Anand, Vadodara, Ahmedabad and Surat play in the final round of the FIFA tournament. The gamers plays with each other and showed their skills to qualify for the nationals to be played later in the year.

Virtual gaming is the future for the sports lovers and one can find a good percentage of such youngsters hooked on to the screens compete online and improve their rankings internationally.

Neon Gaming Studio pioneers in the competitive gaming organise the tournament for Gujarat divided into four qualifying stages and one grand finale. The FIFA 18 is a football simulation game in the FIFA Series of Video Games, which is developed and published by EA Sports (Electronic Arts). The Game was released worldwide on 29th September 2017.

4 Qualifiers in 4 Major cities of Gujarat namely Anand, Ahmadabad, Surat & Vadodara fight it out in the Grand Finals in Vadodara. Out of each Qualifiers Top 64 Players Qualify for the final despite the City Winners will be given with Goodies and Certificates.

NGSC, FIFA KICK OFF 2018 GUJARAT FIFA Tournament boasts a whooping Prize Pool of 2 Lakhs plus Goodies & Souvenirs by their Partners and Sponsors.

The aim to organise such a tournament to remove the social stigma against video games and also turn the people towards a new world of gaming in India.