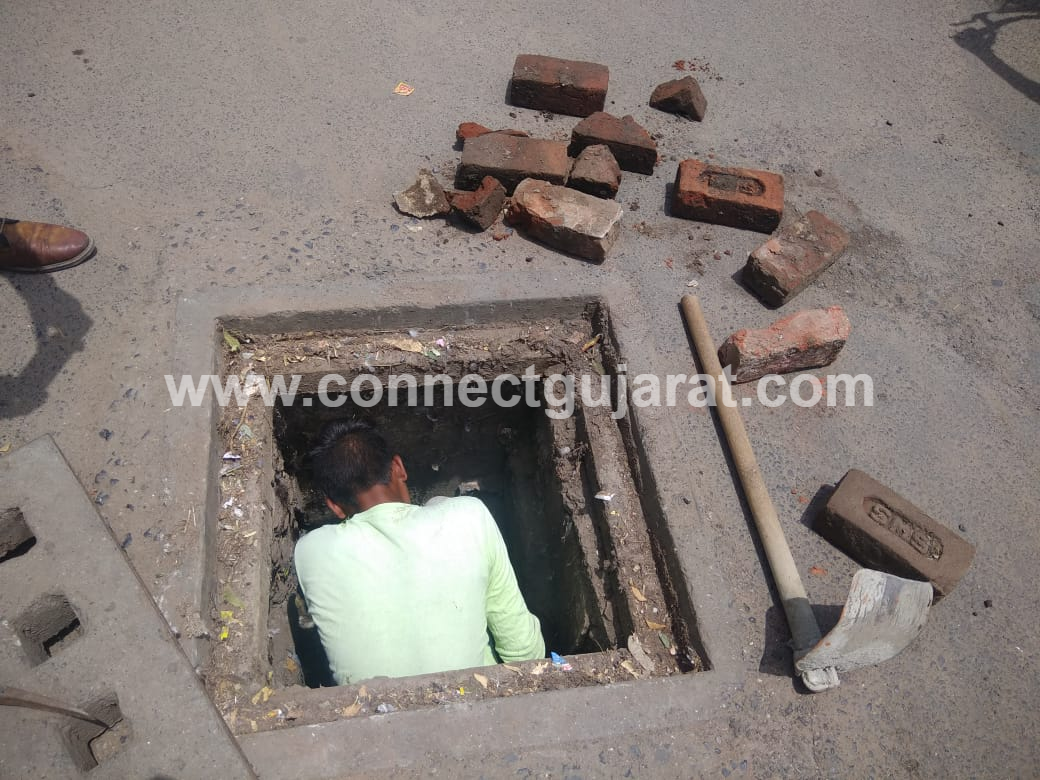 Working without safety gears on instruction of VMC contractor

The administration seems to be not taking any lesson from the tragedy happened at Fartikui in Dabhoi where seven people including four sanitation workers lost their lives during cleaning of septic tank of the hotel. A VMC contractor sent a sanitation worker inside a storm water drain after paying 300 rupees to him and that too without any safety gears.

VMC is engaging in pre monsoon work inside the city and issued contracts to clean drainage, storm water drains before the arrival of rains. On Wednesday a contractor sent a sanitation worker down inside the storm water drain by paying 300 to him near Sursagar fire brigade. The most shocking thing was that the worker was not wearing any safety gears while entering the drain.

Some of the passerby noticed it, clicked the pic and made it go viral on social media and reminded the corporation about the Fartikui incident.