In February 2013, opposition parties, notably the Bharatiya Janata Party (BJP), took to the streets in protest as the price of petrol in the national capital spiralled to Rs 69.06. “This is a betrayal (of) the people of the country. The BJP will not take this lying down,” the then party spokesperson Rajiv Pratap Rudy […] 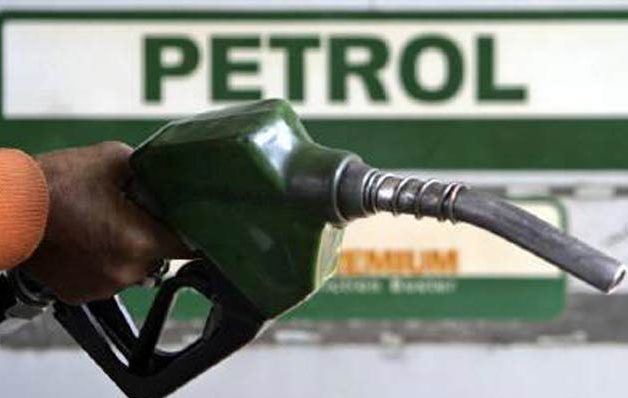 In February 2013, opposition parties, notably the Bharatiya Janata Party (BJP), took to the streets in protest as the price of petrol in the national capital spiralled to Rs 69.06. “This is a betrayal (of) the people of the country. The BJP will not take this lying down,” the then party spokesperson Rajiv Pratap Rudy had fulminated.

More significantly, the petrol and diesel prices have surged past February 2013 levels despite the fact that crude oil is today ruling at less than half the rates prevailing then.

Official data shows that the Indian basket of crude oil — which comprises around 70 per cent sour-grade Dubai and Oman crudes, and the balance in sweet-grade Brent — was $114 per barrel in early 2013. Today, it is at $54.

In fact, data with the state-run oil sector think tank Petroleum Planning and Analysis Cell shows that prices of petroleum prices are among the steepest in India vis-a-vis neighbouring countries, save for kerosene and cooking gas in some cases, due to the huge subsidy involved.

In terms of Indian rupees, retail price of petrol, for example, is Rs 43.70 in Pakistan, Rs 54.18 in Sri Lanka and Rs 75.42 in Bangladesh. Even in Nepal, which depends on India for a transit point for its entire petroleum needs, which adds much to the transportation cost, the price is lower at Rs 64.38.

A look at the break-up of how transport fuels are priced — or taxed — reveals the high retail tariff for these products in India. Such data is drawn from what is called price build-up of petrol and diesel, available with the state-run oil marketing companies.

As per official data, as on January 16, when the landed prices of crude oil was $68.88 per barrel, the refineries were charging oil marketing companies Rs 29.19 per litre for Bharat Stage IV petrol, which is the normal fuel in use today.

The oil marketing companies, in turn, charged Rs 31.94 per litre to the dealers — that is the petrol pumps. The rest is what one paid in taxes and levies.

In the national capital, a consumer of petrol today pays Rs 21.48 per litre as excise duty — this is nearly 75 per cent of the refinery transfer price, or the price paid by the oil marketing companies like Indian Oil and Bharat Petroleum to the refineries.

Add to that Rs 2.6 per litre towards the dealer commission and Rs 15.12 towards the value added tax charged by the state government at 27 per cent of the price, including all previous levies.

Thus, in the overall retail price of Rs 71.14 per litre, a consumer is paying Rs 36.60 per litre in taxes alone — central and state levies — which is 125 per cent the price charged by the refineries.

In the case of diesel, the refineries charge oil marketing companies Rs 28.59 per lite, the dealers are charged Rs 31.32 per litre the excise duty works out to Rs 17.33 per litre, the dealer commission is Rs 1.65 per litre and the central excise is Rs 8.72 per litre.

Thus in the retail diesel price of Rs 59.02 per litre in the national capital, Rs 26.05 goes towards state value added tax and central excise — which is almost at the same level of Rs 28.59 that refineries charge oil marketing companies.

What is more worrisome is that prices of transport fuels is among the lowest level in the national capital compared with other states. Yet, only a few opposition leaders have so far raised their voice on high transport prices.

“After coming to power through a campaign against price rise and corruption, what the NDA (National Democratic Alliance) government is doing now is looting the people through exorbitant fuel prices,” said former Kerala Chief Minister and Congress party leader Oommen Chandy.

But will he be joined by other opposition leaders and stakeholders in protests?