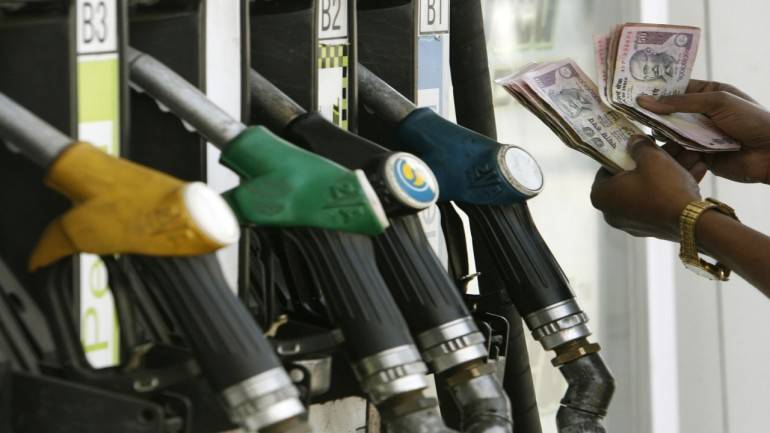 This comes in the backdrop of voting for Karnataka assembly elections getting over on Saturday. Indian Oil Corporation chairman Sanjiv Singh had earlier said that his firm had decided to “temporarily moderate” prices.

The National Democratic Alliance government has maintained that it has got no role in pricing since India’s three government-run oil marketing companies—Indian Oil Corp. Ltd (IOCL), Bharat Petroleum Corp. Ltd (BPCL) and Hindustan Petroleum Corp. Ltd (HPCL)—introduced dynamic fuel pricing in June, joining countries such as the US and Australia, where fuel prices change daily depending on global oil price fluctuations.

The cost of the Indian basket of crude, which averaged $47.56 and $56.43 per barrel in FY17 and FY18, respectively, rose to an average of $69.30 in April 2018, according to data from the Petroleum Planning and Analysis Cell (PPAC). The price was $75.26 a barrel on 11 May. The Indian basket represents the average of Oman, Dubai and Brent crude. Retail prices of petrol and diesel in India track the global prices of these auto fuels, not crude, although they are broadly linked to crude oil price trends, which have firmed up.

This comes in the backdrop of President Donald Trump pulling US out of a 2015 historic accord with energy rich Iran that was inked to curb the Islamic Republic’s nuclear programme in return for ending sanctions. Also, there has been a sharp spike in international crude oil prices due to a combination of factors such as Opec and Russia cutting supplies, falling production in Venezuela and geopolitical tensions.

Any advance in global markets is bound to impact India’s oil import bill and trade deficit, given that India is the world’s third largest oil importer. Oil imports rose by over 25% in FY18 to $109 billion from a year ago. Elevated oil prices could adversely impact India’s trade deficit and consequently, the current account deficit, which stood at 1.9% of GDP in the April-December period of FY18.