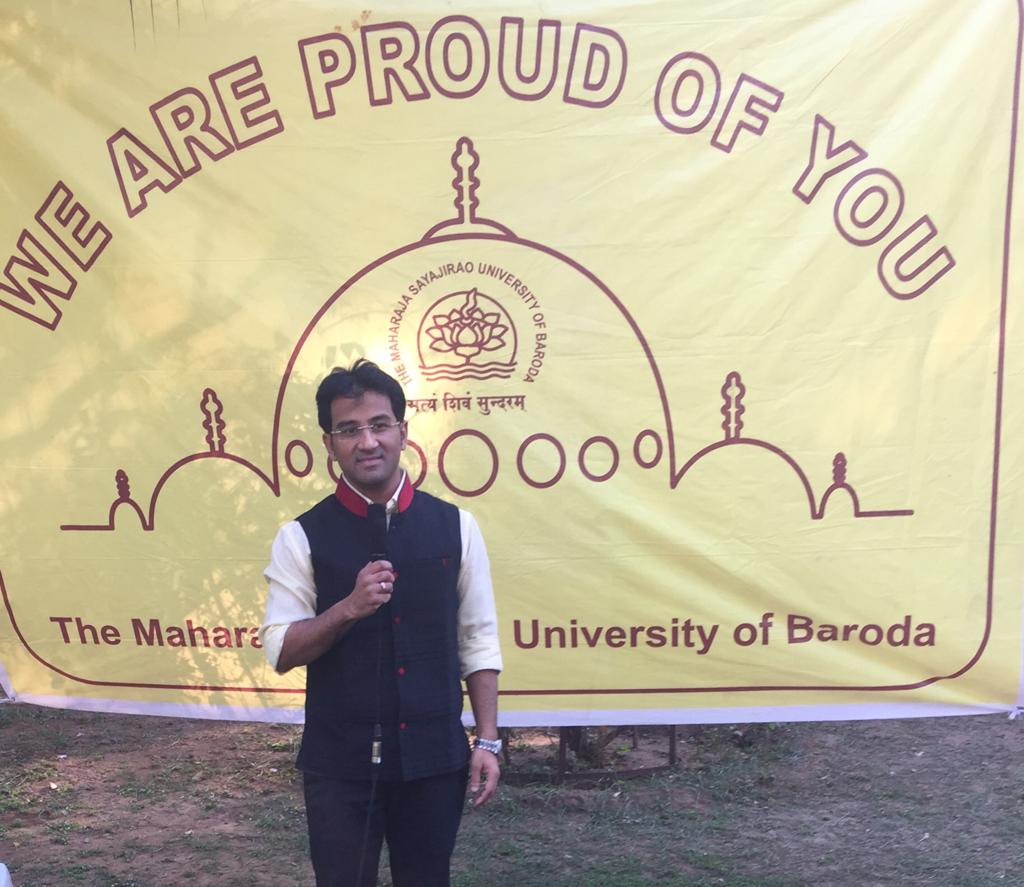 Will get marry on Thursday to a Surti girl

It's a perfect marriage gift for the MBA student Pranav Shah receiving the gold medal in the 67th Annual Convocation of MSU Baroda. He will get married on Thursday to a Surti girl and gifted the gold medal to his parents and his better half.

Every convocation brought some inspiring and interesting stories of the students receiving the gold medals. This year also it's the same and one of the stories is of Pranav Shah left his studies midway in America and now complete his challenge of getting the gold medal in MBA Finance.

Pranav went to America in 2015 on student visa to pursue MBA but the love towards his parents make him return back to Baroda in just one and half months.

Pranav said his elder brother Chirag is settled in America but he wants to live with his parents mother Sashikala and father Nitinbhai in Vadodara. He returned back to Baroda leaving his studies after two months stay in America. Giving a challenge to his parents he took admission in MBA Finance in MSU and happy to complete the challenge after getting the gold medal. He will be gifting the medal to his parents and future better half Kesha whom he will going to marry on Friday.

His father Nitinbhai and mother Sashikala has no words to show their happiness after they received the news about their son receiving gold medal in MBA Finance. They were tensed when Pranav came back to India leaving his studies midway in America but he gives the challenge to them and fulfill it. The parents feel proud of their son and unable to control their emotions.