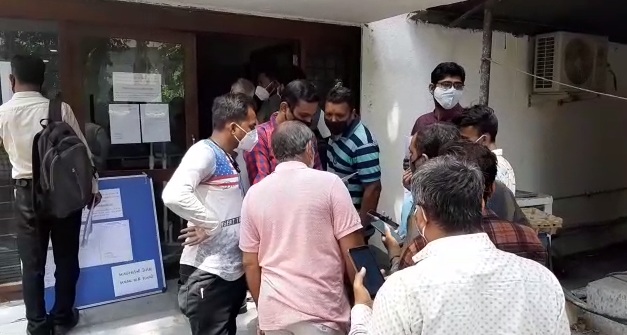 Family members of patients admitted in hospital rushed to Geri compound in Vadodara after rumored of getting remedisivir injections. Long queue were seen at the place to take the injection.

In such a situation a rumor spread on Monday about Remedisivir injections are selling from the Geri compound in the Ellorapark area at a negligible cost. Recently there has been a shortage of the injections and administration has planned to distribute Remedisivir injection to various hospitals as per the requirement from the office of Gujarat Pollution Control Board at Ellora Park Geri Compound.

On the other hand, a large number of people rushed to the spot after rumors spread that remedisivir injections were given to the patients from the Geri compound. However, the officials who reported that the injections from this place were only to be delivered to the hospitals. This irked the people who arrived to take the injections and raise their protest against the administration.