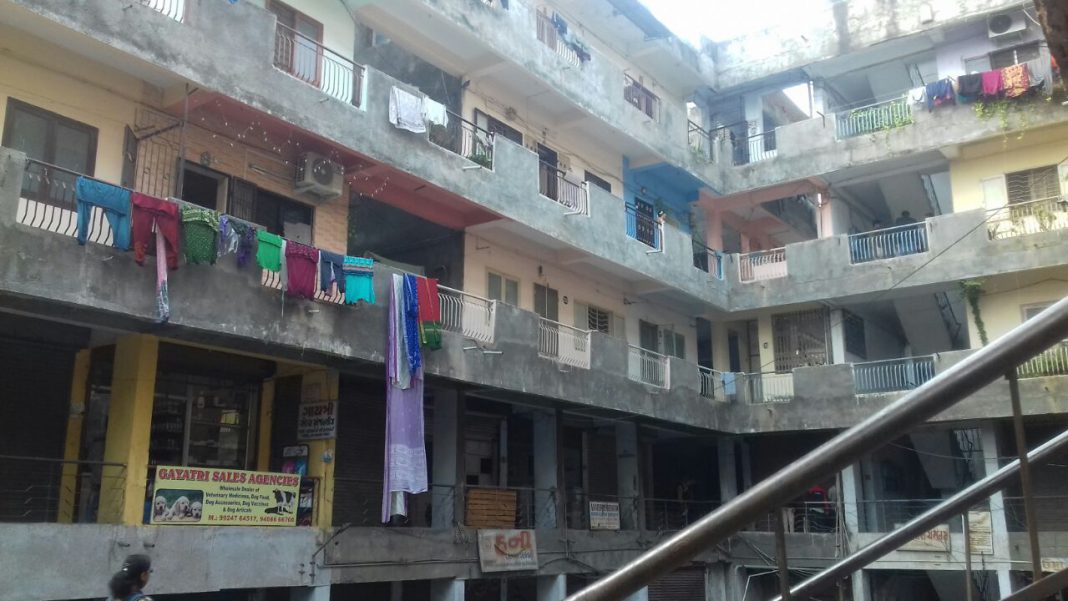 ‘My wife Bindu and Vandana is only responsible for my suicide’ that is what the peon of Bright school in Vadodara wrote in his note before committed suicide. The incident happened in Kevdabaug area shocked the residents. Police got the suicide note and started investigation in the matter. 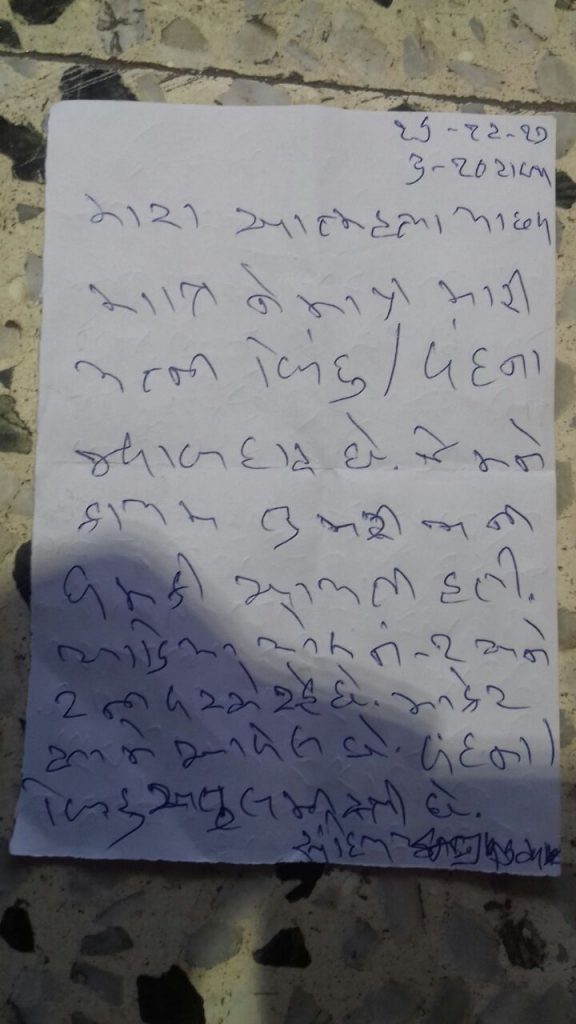 Sandip Jagdale 50 lives in 304 Dwarkadheesh Chambers near Kevdabaug and work as Peon in VIP road Bright school. After divorced with his first wife Vandana she lives with Bindu named girl there.

On Friday night around 3 Sandip Jagdale cut his wrist and then jumped from the terrace of his building and died. Sandip left a suicide note which the police recovered from his pocket. Sandip held responsible his wife Bindu and Vandana in a suicide note. He also write that both threatened him to die. 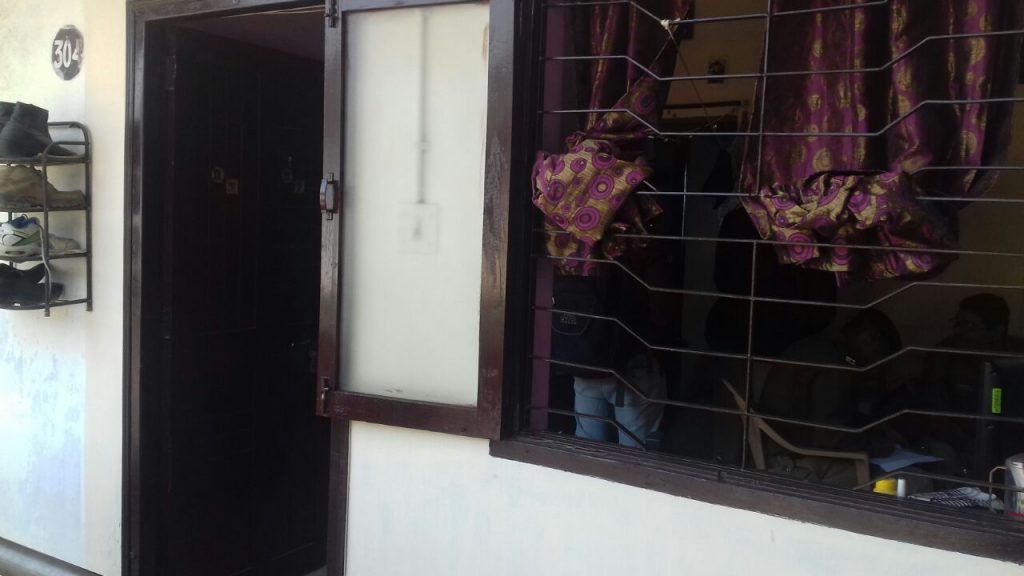 His younger brother Satyen Jagdale said his brother got married to Vandana first and both get divorced 10 years ago. They both have 18 years old son Dheeraj and both Vandana and son lives separately. He believes Bindu lives with his brother but he denies and said she only comes for cooking. He also said his brother is not so weak to commit suicide and he is unaware about the reason.

Bindu who was present at the house said she came for cooking and left but in the next moment she said to be sleeping in the next room and don’t know when he committed suicide. She came to know early in the morning and then informed all the people in the complex. 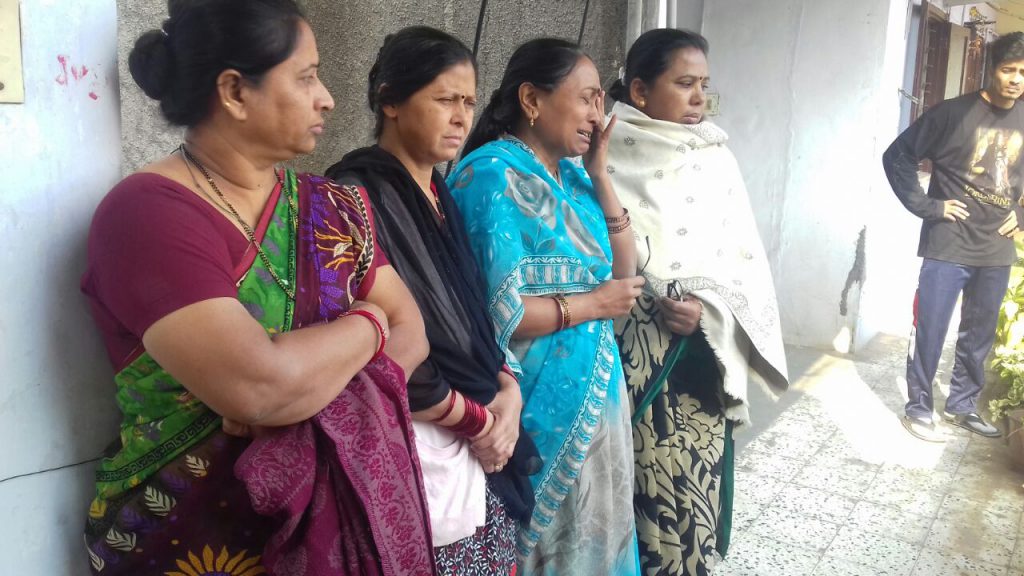 Further speaking she said to be married and living with two children near Khanderao market. She also clarify that she is not wife of Sandip and nor even living with him. She also don’t know about the reason of suicide.

Navapura police registered the case and send the body for postmortem. They also get the suicide note and further investigating. 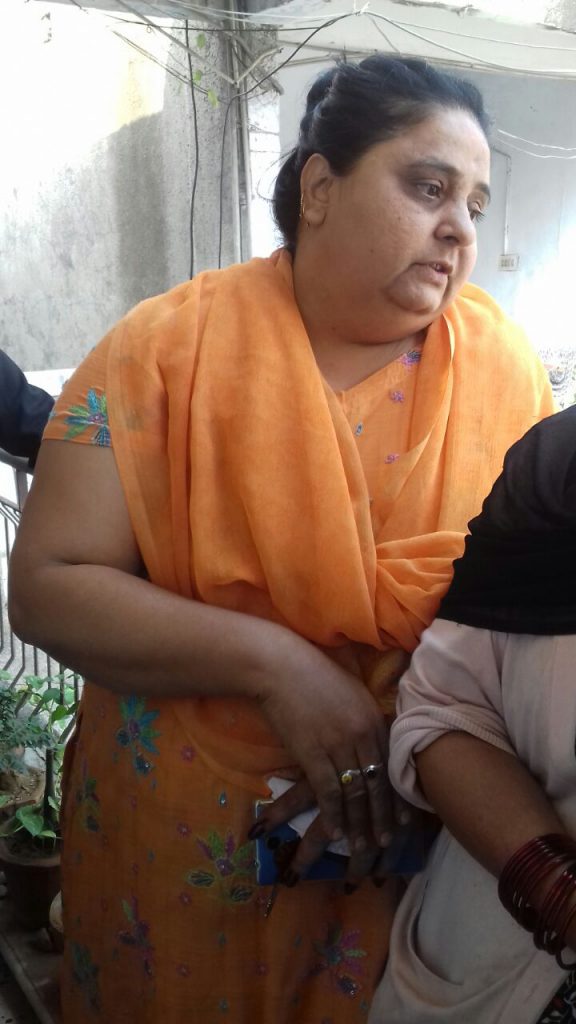