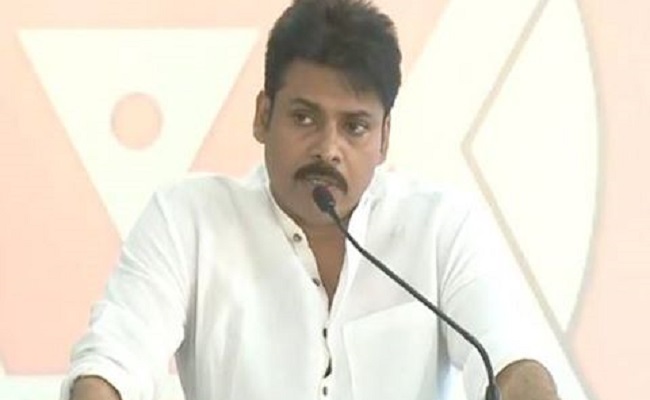 Actor-politician Pawan Kalyan on Thursday met the victims of a Rs 6,000 crore AgriGold scam and urged the government to provide justice to them.

The Jana Sena president spoke at a meeting of victims belonging to various states here. He said as the company owned more assets than the money it owes to the depositors, the government  should take the initiative to recover the money.

AgriGold is the latest in a series of issues taken up by Pawan, who has already announced that the party will contest the 2019 assembly elections.

He said there was lack of transparency in the investigations and he couldn’t understand the delay in ensuring justice to the victims, though the owners of the company have 20,000 acres of land and other properties.

AgriGold owes Rs 6,380 crore to over 32 lakh depositors in nine states. Andhra Pradesh alone has 19 lakh depositors, who had deposited Rs 4,000 crore with the company.

At the meeting, some of the victims broke down while narrating their tale of woes. Voicing concern over suicides by more than 100 victims, Pawan said there is a need to immediately come to the rescue of depositors.

He cited the example of the West Bengal  government which provided Rs 5,000 assistance to every victim of the Saradha scam. Similar help was extended in Odisha, he said.

Pawan said there is a need to deal firmly with AgriGold as was being done by the Supreme Court in the Sahara case.

“The law is weak for powerful and powerful for weak,” said Pawan while pointing out that the authorities failed to take action against the company when cheques issued to the depositors started to bounce.

The actor remarked that the politicians destroyed the bureaucracy and as a result, nobody questioned the misdeeds of such companies.

The scam came to light in 2014. Seven out of 18 accused have so far been arrested by Andhra Pradesh police.