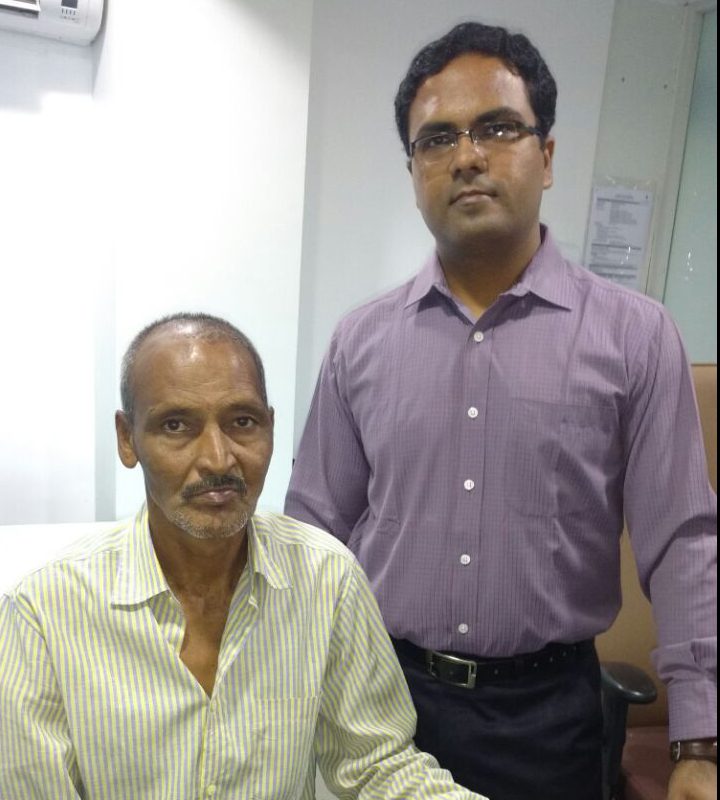 Sometimes a timely help in emergency can help save lives, especially if the patient has suffered from a severe problem such as a brain haemorrhage.  Recently such a case came to light in Sterling Hospital Vadodara where a male patient Khemabhai Patel aged 55, presented with severe sudden onset headache with vomiting followed by altered sensorium (altered perception of the human senses).

Upon admission to the hospital, a CT angiogram of the brain was performed. The doctors detected that a giant aneurism or a balloon-like bulge of more than 3 cm in size, which existed in the paraclinoid segment (a critical area within the skull-base) of the left Internal Carotid Artery (a critical artery within the brain), had ruptured. This resulted in a classical condition called subarachnoid haemorrhage (SAH), which is bleeding in and around the brain.

The patient came to the hospital at around 2 am post-midnight. Emergency resuscitation measures were taken and surgery was performed early in the morning for clipping of the aneurism by the neurosurgical team of Sterling Hospital.

For the Hospital this was an extremely challenging case as one of the main reasons is because of the very low prevalence of giant aneurism in this part of the world. At the same time, the location is very critical since the aneurism is located in the skull base. This means, skull base drilling is required deep below the brain which is technically challenging.

The most enthusiastic side of the story is that the patient was discharged without any neurological deficit. Also, complete obliteration of the aneurism sac was achieved. The natural history of giant intracranial aneurism is grave. It is associated with 80 % mortality rate if undetected/untreated. This case is noteworthy since very few cases have been successfully treated in the city and state.