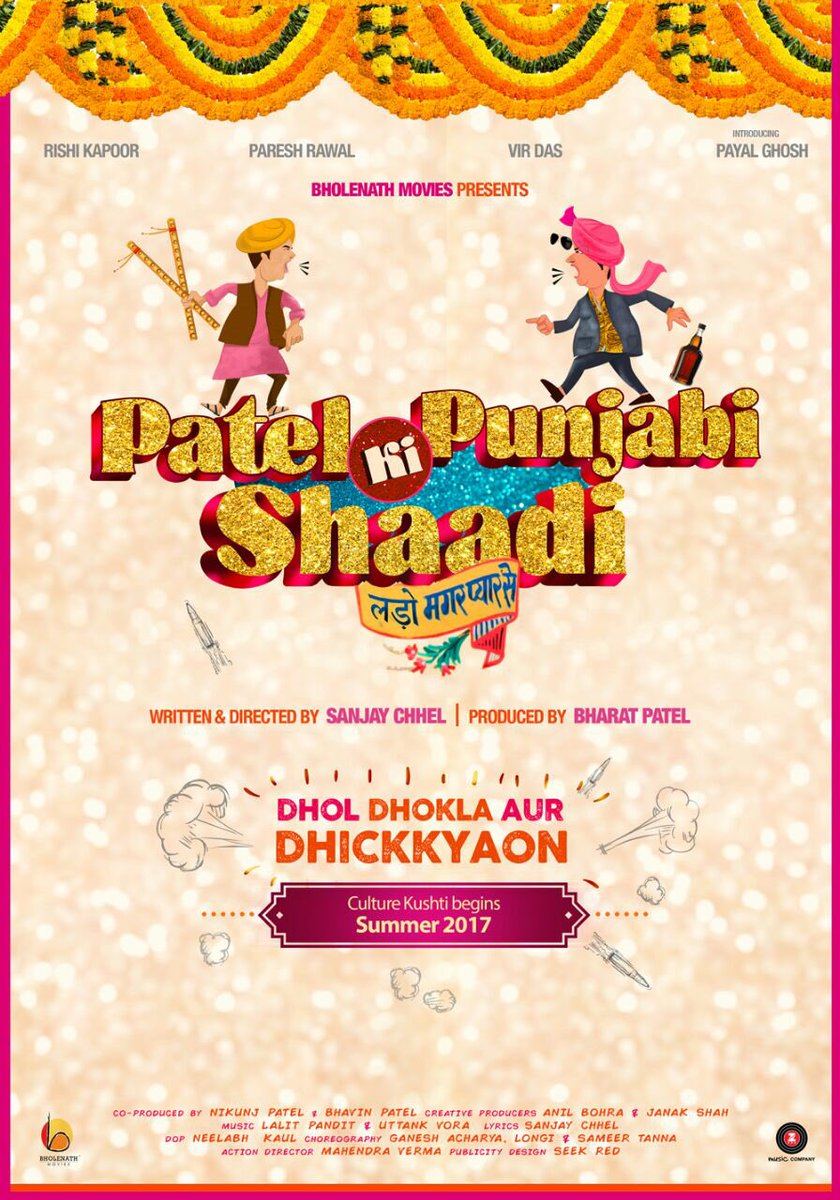 The teaser poster of “Patel Ki Punjabi Shaadi”, which was unveiled on Wednesday, promises a bitter-sweet cultural clash and family madness.

The looks of its cast Rishi Kapoor, Paresh Rawal, Vir Das and Payal Ghosh are still under wraps. The teaser poster’s illustrations clearly indicate that there will be love, drama and clash between the families of a couple from Gujarat and Punjab.

Directed by Sanjay Chhel, the film is presented by Bholenath Movies.

Filmmaker Madhur Bhandarkar tweeted: “Wishing my writer friend Sanjay for teaser poster of his next directorial film ‘Patel Ki Punjabi Shaadi’, all the best to his entire team.”