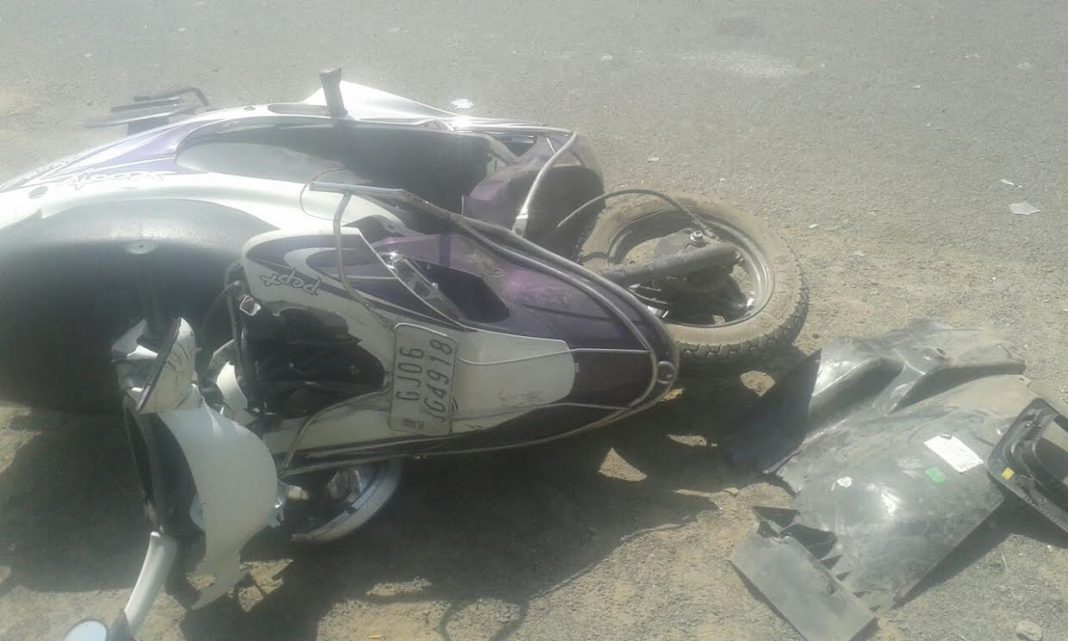 A student of Parul University died after their scooty collided with a four wheeler on Sunday. The two students of IT Diploma met with the accident and one died during the treatment at private hospital after she was shifted there.

Disha Kirtibhai Chitroda 17 living in Viram 2 society in Vadsar road area of Vadodara was the student of IT diploma in Parul University. She along with his friend Hemangini Prajapati 17 also student of the same university were going on their scooty towards Makarpura GIDC on Sunday afternoon. At that time a rashly driven four wheeler knocked them and both the girls received grievous injuries. Injured Disha Chitroda and Hemangini Prajapati was rushed to the private hospital immediately where Disha died during treatment. However the other girl is under treatment for her injuries in the hospital.

KirtibhaiChitroda owner of a motor winding factory in Makarpura GIDC said that her daughter Disha and her friend Hemangini were coming to his factory to collect prints of their study material. During the time a four wheeler knocked the girls near Uniforce company gate and both thrown on the road and the two wheeler was damaged. Kirtibhai further added that a month ago at the same spot an accident happened where a security jawan died and at the same spot his daughter died on Sunday. Manjalpur police is further investigating.