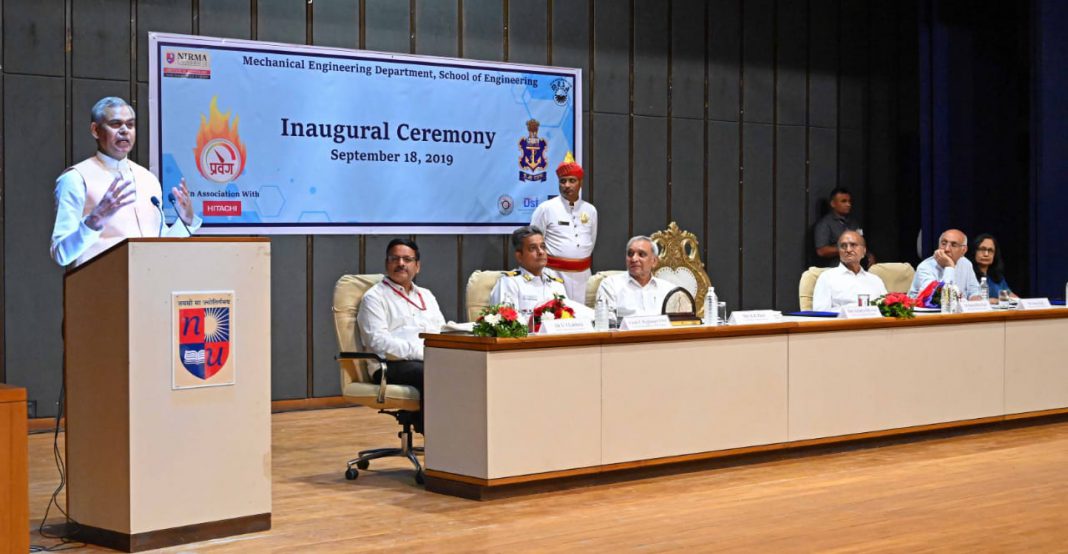 A team comprising of one Officer and 18 Sailors from INS Valsura represented the Indian Navy and showcased its Operational Capabilities in the Techno Management Symposium, PRAVEG-19 held at Ahmedabad. The event was organised by Mechanical Engineering Students’ Association (MESA), under the aegis of Mechanical Engineering Department of Nirma University, Ahmedabad and inaugurated by Governor of Gujarat Acharya Devvrat.

Commodore C Raghuram VSM, Commanding Officer, INS Valsura was the Guest of Honour at the inaugural function. He accompanied the Governor to the Indian Navy stalls and explained the exhibits on display. Cmde Raghuram also addressed the budding engineers participating in the exhibition and highlighted the importance of adapting and keeping pace with evolving technology. He also spoke on the qualities and values essential to become a leader of men and also a good professional.

Stalls with scale models of warships and contemporary weapons and sensors were displayed at the exhibition. In addition, audio visual content showcasing role, training and life in the Indian Navy was presented to motivate the young minds.

Various career opportunities and avenues to join the Indian Navy were explained to the students who visited the stalls in large numbers. A scintillating performance by the Naval Band was one of the highlights of the two day event.