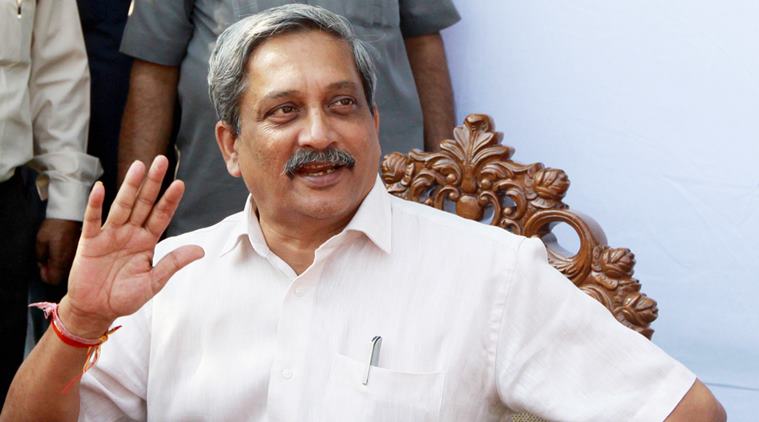 Accusing Goa Chief Minister Manohar Parrikar of “insulting” Prime Minister Narendra Modi, NDA-ally Shiv Sena on Friday “prayed” for his defeat in the upcoming assembly by-poll which he is contesting.

The strong outrage came after Parrikar’s reported statement that he “cared less” if he loses the August 23 by-poll in Panaji assembly constituency, for he would return to the Centre and head the Defence Ministry.

In their mouthpieces ‘Saamana’ and ‘Dopahar ka Samana’ Shiv Sena attacked the statement given by Parrikar. They said that the Prime Minister took him to the center when he failed miserably and once again he returned to state. Sena pointed out that he insulted the posts of Goa Chief Minister as well as the Defence Minister with his statement. Further they said he insulted Modi who kept trust on him when BJP failed to secure majority in Assembly elections and entrusted him with Goa leadership.

The edit added that Parrikar’s remark clearly states that he was ‘Mortally Scared’ of losing the by election. The Sena further said that “Is the post of Defence Minister so cheap and rendered as orphan without Parrikar? Modi must clarify, especially given the current tense situation on our country’s borders,” the Sena demanded.

On one hand, while Modi is worried about tackling the challenges from both Pakistan and China,  Parrikar is blatantly trying to degrade and undermine the Defence Ministry by his statements, the editorial said.

“In such circumstances, Parrikar must lose the Goa assembly by-polls. Let his worst fears come true. And after the loss, whether he still becomes the Defence Minister, at least let the people of his state witness (this),” the Sena noted sternly.

The edit said if Parrikar was indeed a “mahatma” as was being bandied about, he should have been elected unopposed, but the truth is when the country faced crises at the borders, instead of leading the nation, he retreated back to Goa for savouring “rice-and-fish-curry”.

“For this act of bravado alone, he should have been conferred a ‘Shaurya Chakra’, but he was made the Chief Minister of a rag-tag outfit though the state poll was lost under his leadership,” it concluded.