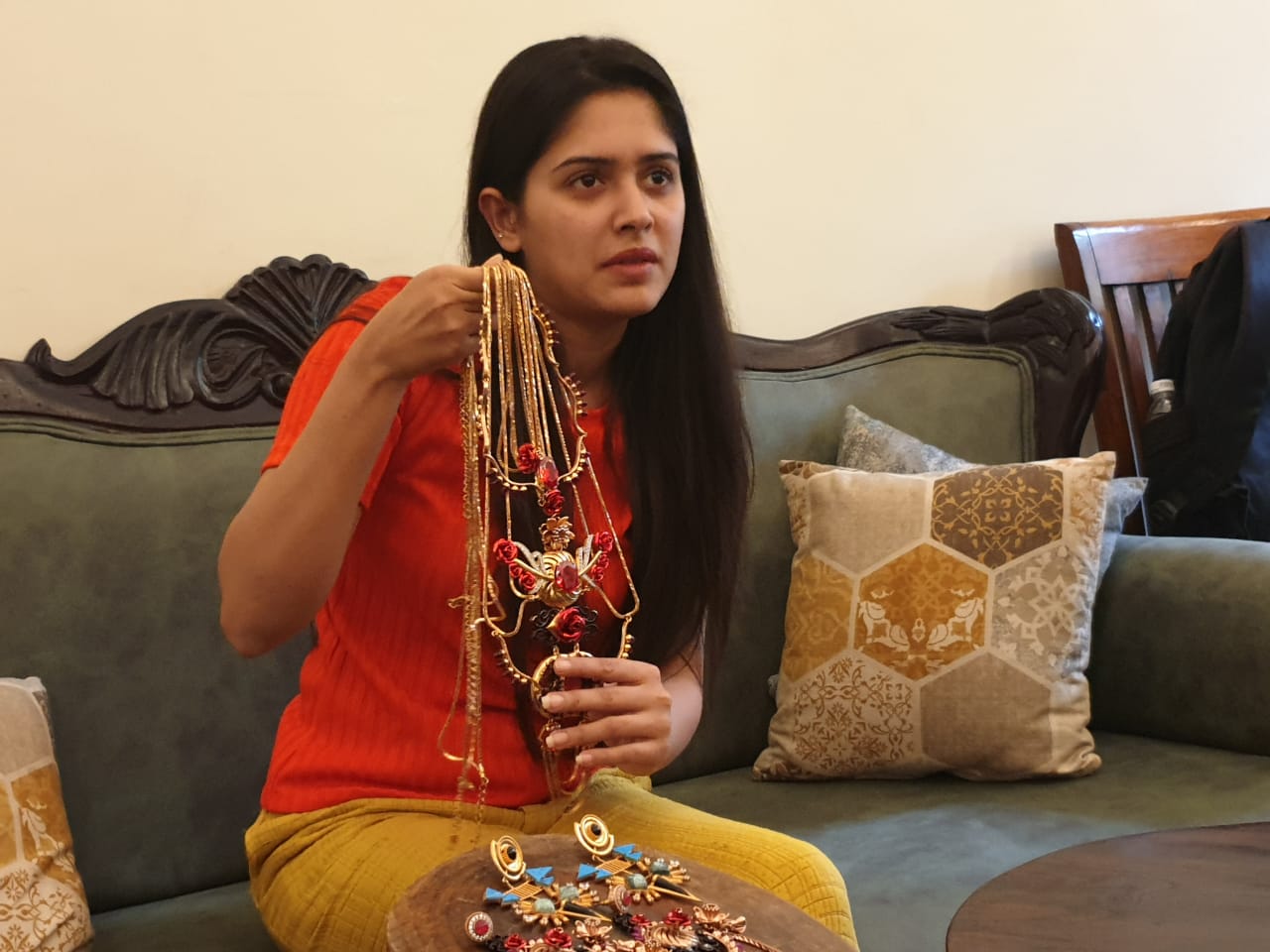 Dream to make it big in Hollywood

A young designer from Vadodara will showcase her jewellery in the prestigious Lakme Fashion Week this year starting from 30th January. Paroma Popat is probably the only one from Gujarat and among the four designers selected to display their work among the who's Who of fashion industry.

Still young but creatively mastered Paroma Popat’s love affair with jewellery probably began as a high school student as she enjoyed sketching designs and illustrations. She later pursued her higher education in Fashion Media and Merchandising from Lasalle College of the Arts, Singapore. She also has short instincts working with Cosmopolitan and Cleo Magazine in Singapore as well as 3.1 Philip Lim, Alexander Wang and Donna Karen.

Over those years her interest in jewellery and traditions grew and decided to later launch her own contemporary label, Paroma Popat. The aim of the brand has always been to create new concepts and novel designs. She likes to experiment composition with different color palettes and traditional techniques to create a youthful yet elegant range of designs. She believes in giving the best quality along with the craftsmanship for a piece of jewellery.

"It's a very important platform for me as my designs will be showcased in the grandeur stage of one of the biggest name in the fashion industry. I will be showcasing my designs based on Indo Western style inspired by vintage France. I use stones, American Diamonds, Meena work in my designes based on Brass," said Paroma.

Her future prospects aim is to target the Hollywood celebrities.

"First I want to tap the Indian market and then as part of my future plans moves to Hollywood. I want to design jewelleries for Mila Kunis, Kim Kardashian and others. I also want to set a new trend to make people choose clothes based on the jewellery they purchase. Right now it's opposite where people buy jewellery matching the clothes," said Paroma.

The young designer is super excited and busy in giving final touches to her jewellery to be showcased in Lakme Fashion Week. Although she has less interest in politics carries a dream to meet Prime Minister Narendra Modi once in her life.

With bright ideas and creative head the young designer is ready to conquer the world and takes the first step towards the glamorous industry of international fashion.