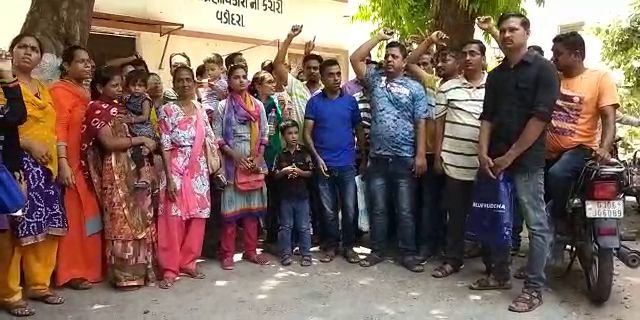 Threaten to go legal way in the matter

The schools finally opened on Monday after a long one and half months vacation in Vadodara. The buildings are buzzing with shouts and smiles of students as the new educational session starts for the year. However there are some who don't have such smile on their faces as they fails to get admission under the RTE in schools.

The parents of such students reached the DEO office in Vadodara on the first day of school and raised their protest against the system as their children are still not getting the admission in schools. They demand to admit them and shouted slogans at the DEO office.

Some of the parents put allegations on the DEO office for earlier promise to consider them for the second round and now raise their hands. Now they are in tension about the future of their children and their studies. They also threaten to go on legal way if their children still not get admission in the schools.

The DEO office forced to call the police after the matter seems to be went out of their hands due to the aggressive approach of the parents. The police later silence the matter after reaching there.