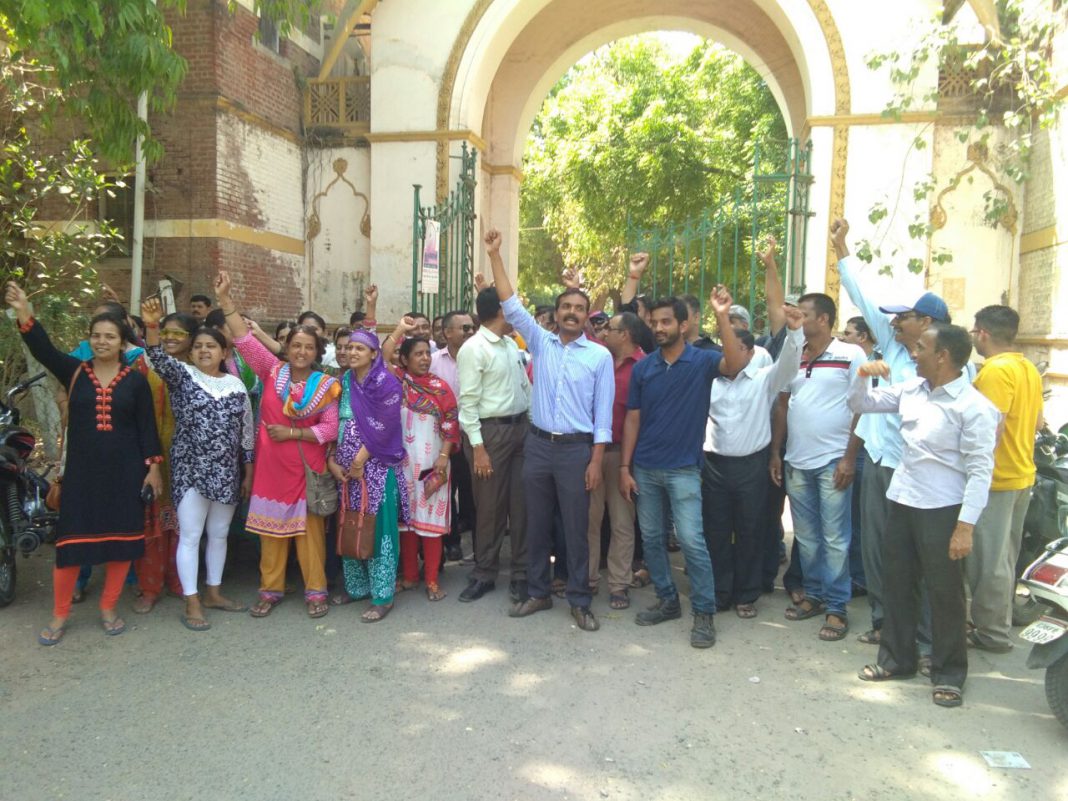 Parents of Baroda High School Baggikhana in Vadodara protest against the extra term fees collected by the school. They allege that the school collects the amount over the FRCA decided fees. They also shouted slogans against the government for supporting the schools in the matter.

The matter gets heated up when the school administration asked for extra 4000 rupees from the parents of standard 2nd to 7th of the Baroda High School Baggikhana. They shouted slogans against the school for such rise after the FRCA decided fee.

The parents gave a letter to fee regulation committee (DEO) and said in 2016-17 the primary department fees was 14,000 and the school present 18200 and term fee in the FRC which was accepted. However they allege that the fees is increased by the school which is unacceptable to them.

They also put allegations on the government for not put a control on the schools for charging hefty fees from the students. Whenever they try to raise the issue the schools threaten them to give LC to them. The government issued a notification in this regard before the elections but the schools are turning blind eye towards it and charge money from the parents. The government is also not doing anything and keep mum on the matter.

In recent time many such protest were seen in the city and if the government fails to get any resolution the matter might be more aggressive in coming days.