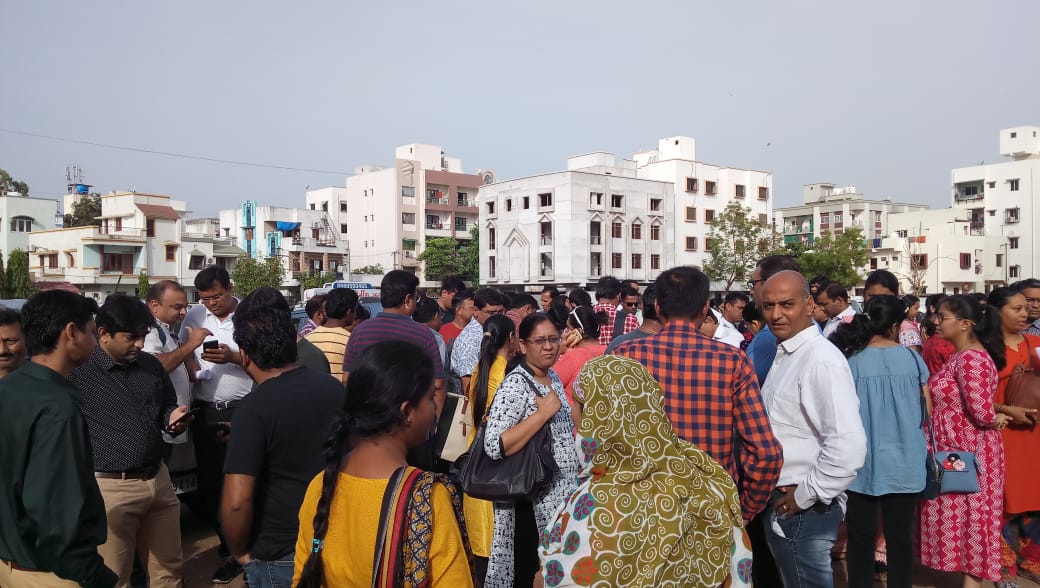 Parents in Vadodara raised strong objection against the fees structure decided by Navrachana Vidyani school. They accused the school for deciding their own fee structure against the FRC rules and hence protested. They later deposited forms to school asking them to charge fees as per decision by the FRC.

On Friday all parents reached the school and raised their protest against the authorities for charging fees based on their own decisions from the students. They also put allegations and protested for dividing the economically sound and backward students and released the consent form for the parents.

They gathered at the school premises and raised strong protest against the fees collected by the authorities. They later signed the forms collectively and send to school to obey the FRC rules in fees collection.

Mukund Patel of parents association of Navrachana Vidyani school said they are ready to pay the fees as per FRC rules and accused the authorities for emotional blackmailing. He accused the school for dividing the students into two groups. The students ready to pay fees as per they decide is treating in +1 category and the students denied to pay put into +2 category. The plus one get every facilities along with education and the other only education which they strongly protest.

He further accused the school for calling parents in group to talk and tries to divide them, which they not allow to be happen. They strongly demand the authorities to collect fees as per FRC rules and threaten to intensify their agitation.