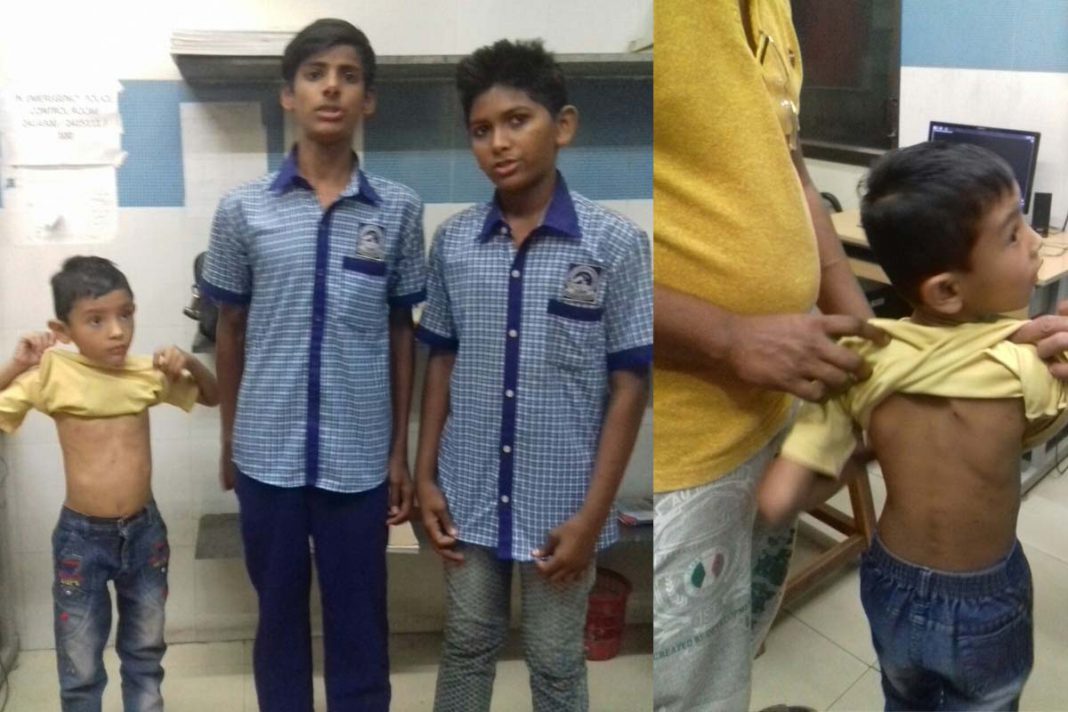 After giving Albendazol for pesticide the students of Shree Ladharam Highschool complained of vomiting, stomach ache, diarrhea and allergy. Accusing the medicine for the problems the parents of the children went to the school and accused the school authorities. The police has to be called at the school and later the matter went to the police station. The affected students were admitted in Jamnabai hospital for treatment. Iron is necessary for mental and physical growth in children and due to the pesticide the children suffered from iron deficiency. The government organised National De Warning Day (NDD) and Mop Up round on 15th February. During that time the medicine was given to the students of 1 to 19 years. On 13th the medicine was also given to the children of Shree Ladharam Highschool situated at Chipwad Mandvi Panigate road. However after a week on Tuesday the parents of children entered the premises accusing the school for infections in their children due to the medicine. School Principal said that they gave the medicine 400mg to the children according to the government notification. We also give medicine to the teachers also. After a week the parents entered inside our office  and protest.

A fabrication businessman Sajidkhan Pathan said that his son Shohan is studying in Senior KG in the school. He said his son has thyroid problem since birth and and they informed the school not to give any type of medicine to them. But they still gave and his son has swelling all over the body. Now he came for the check up. Former Municipal Councillor Manzoor Khan said that on 16th children suffered at Zenith school due to the medicine. And now at Ladharam Highschool 35 to 40 people suffered. He said if it’s not good then why it was given to the students. Many students of 8th students were also taken to the hospital for check up. Jamnabai hospital Dr. R.S. Rai said that there is small swellings on the bodies of the children but how it can happen is difficult to say. We assured the parents to show then to the paediatric doctor.