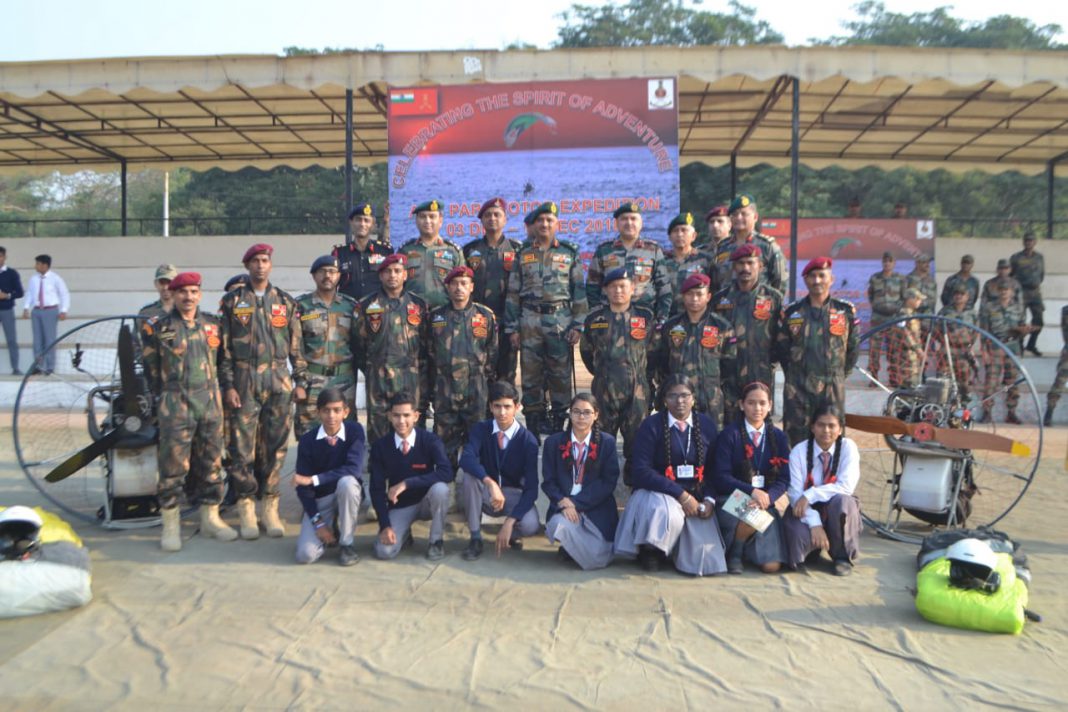 Commenced at Rann of Kutch

A Paramotor Expedition of the Indian Army conducted under the aegis of AOC Centre reached Ahmedabad on 05 Dec 2018. The expedition comprising of two Officers and nineteen JCOs/OR commenced the expedition at Rann of Kutch (Bhuj) on 03 Dec 2018. 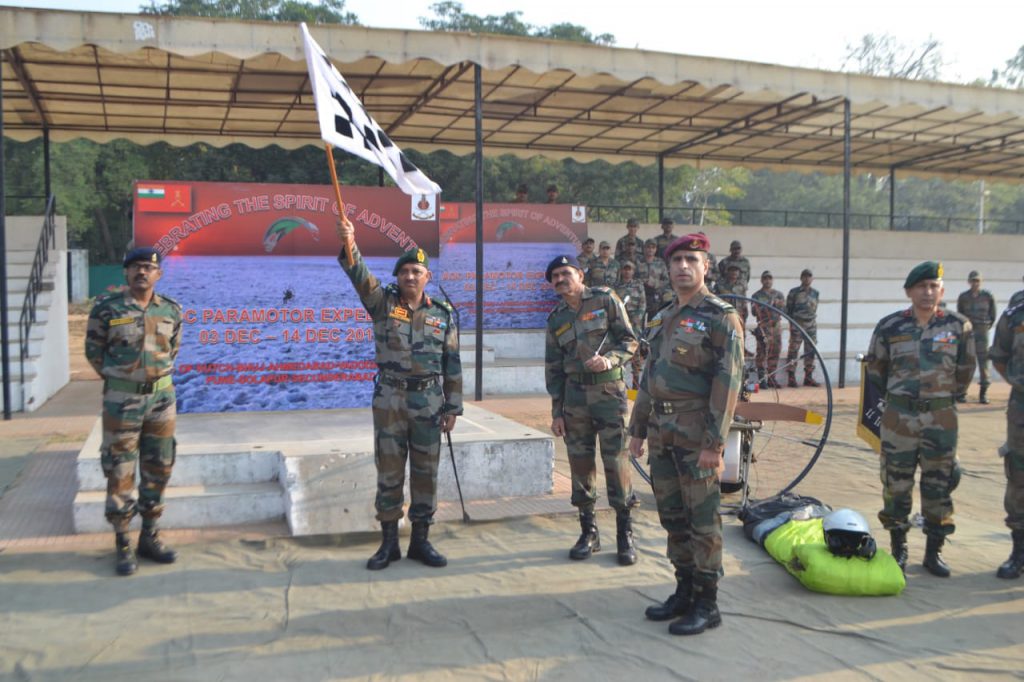 The expedition will cover a total distance of 1750 km and will fly across Bhuj, Ahmedabad, Vadodara, Surat, Pune, Solapur and terminate at Secunderbad. The expedition conducted a spectacular display of Paramotor on 05 Dec 2018 and enthralled the much appreciative audience at Golden Katar Rawlley Stadium, Ahmedabad.

The expedition was flagged-off by Major General Sanjeev Sharma, GOC Golden Katar Divison on 06 Dec 2018. The GOC interacted with the expedition members and motivated them for successful completion of the expedition. The expedition aims at fostering a spirit of adventure amongst the youth and motivating them to opt the armed forces as career.