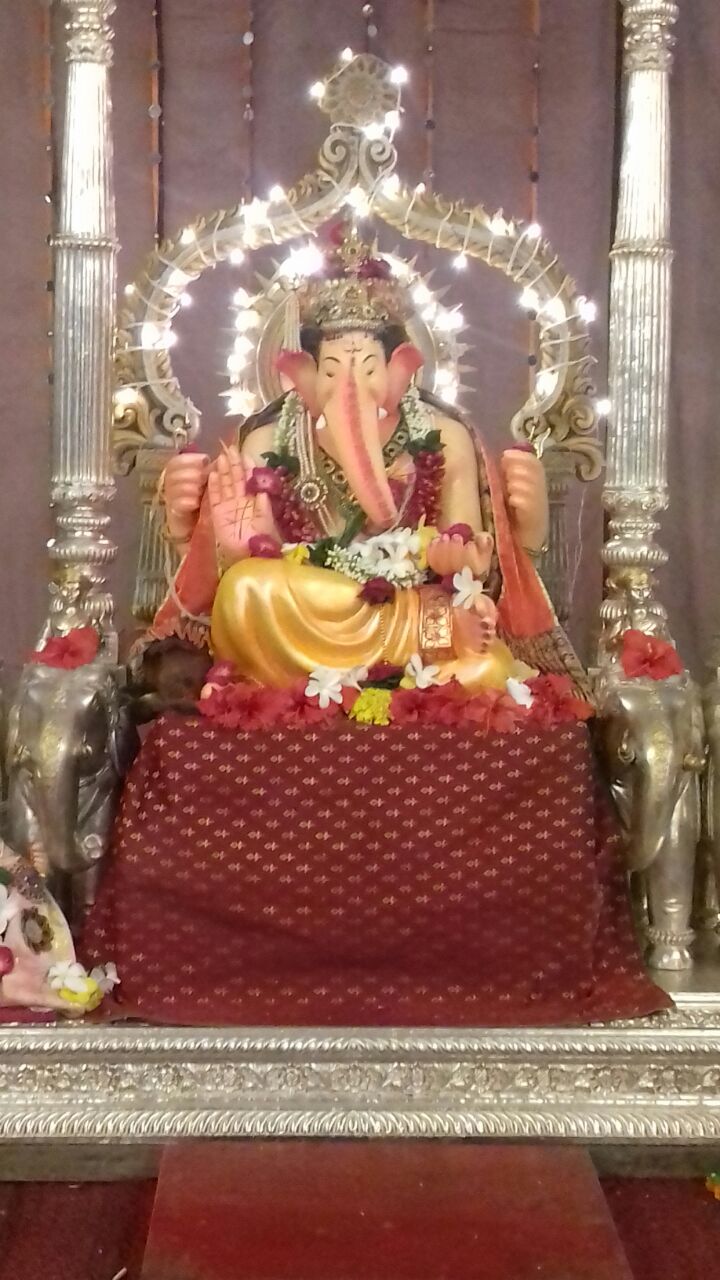 As per the years old tradition Lord Ganpati arrived in Laxmi Vilas Palace on Friday on Ganesh Chaturthi with traditional sound of Shehnai and slogans of Ganpati Bappa Morya. For the last 77 years famous Chavan family make the idol of lord Ganpati installed in the palace. A story related to it was that there is a competition between idol makers to finalise the one who makes the Ganesh Idol for Rajmahal and the saints from Kashi finalises the late Krishnarao Chavan and since then the family tradition continues.

As per the tradition on 9.30 in the morning with the Shubh Muhurat the Lord Ganpati arrived in Rajmahal from the workshop at Khanderao Char Rasta. With Bhajans, sound of Shehnai and slogans of Ganpati Bappa Morya lord arrived in a ‘Palkhi’ inside the Rajmahal to bless the royal family and the visiting people.

Mansingh Chavan who make the idol since 1940 said that he himself and his brothers Lalsinh and Pradipsinh make the Rajmahal Ganpati and this is his second generation. From third generation his son Mangesh helped them in making the idol.

He further said that on Akshay Tritiya the platform for the Lord was sent to them from the Rajmahal. They also started the work from the very same day and also the other idols. They said the idols are of height from one to seven foot and specially clay idols and for that they brought clay from Bhavnagar.

Idol maker Mansinh Chavan said that they kept the Rajmahal Ganpati height till 3 foot and 450kgs. On Ganesh Chaturthi the royal family took out the procession of lord from the workshop to Rajmahal and installed there with totally traditional way.

In the competition saints from Kashi were called to judge the competition and they observed the idols kept inside a room. They then chose the idol age by Rajdarbar artist Late Krishnarao Chavan and since then the idol is the same installed inside the palace.

It was said that Late Krishnarao Chavan who started the tradition of making the palace idol also made the Maharaja Pratapsinhrao Gaekwad at Pratapnagar and 12 idols kept inside Kirti Mandir. He also restore the priceless and rare paintings at Fatehsinh Gaekwad museum.