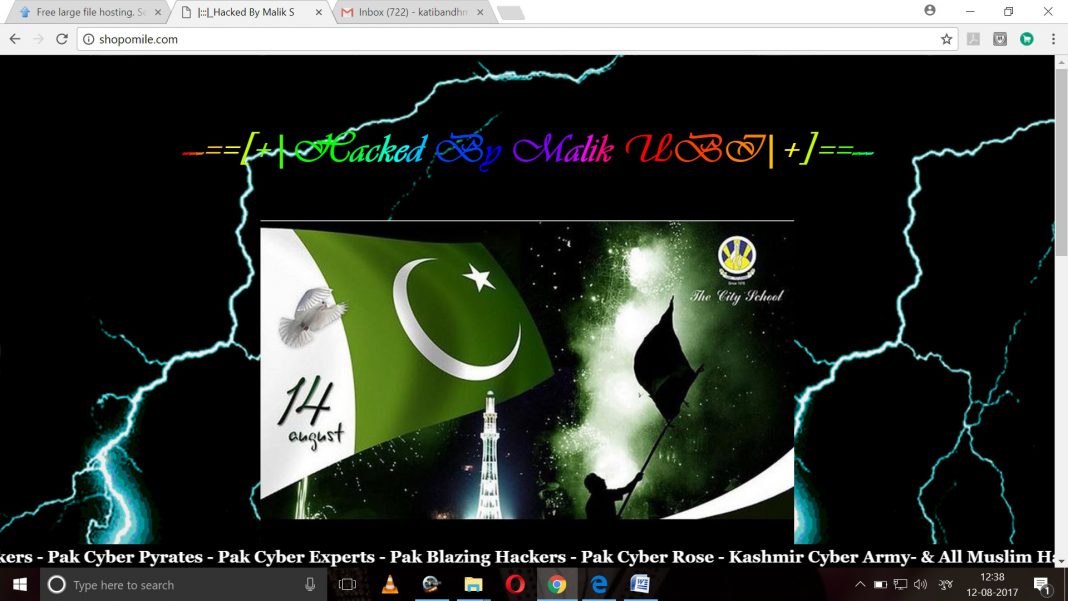 The preparations are on to celebrate the 71st Independence Day of India and the whole nation is turning patriotic for the day. In such a time the Pakistani hackers once again targeted the Indian website and warned the government. 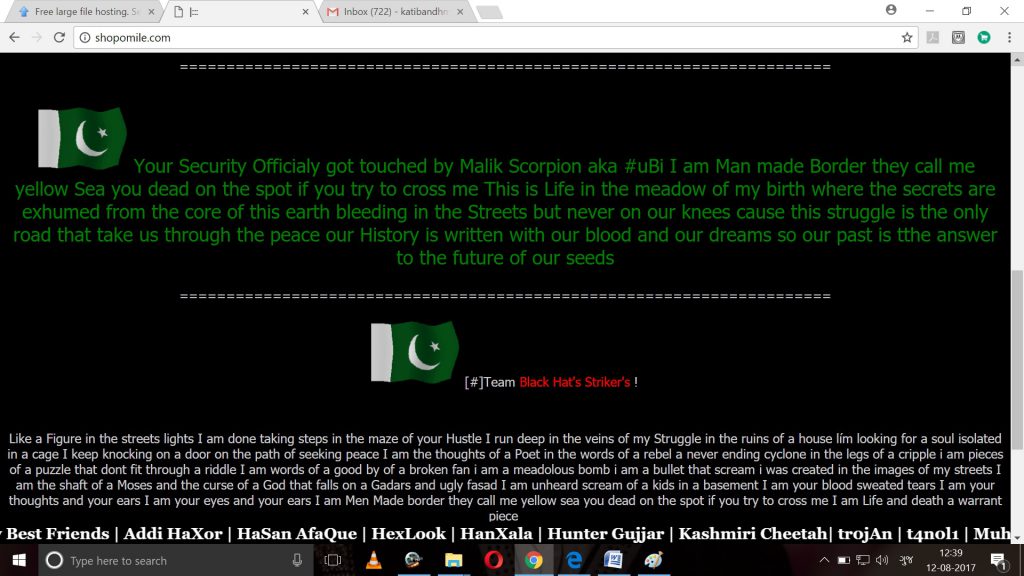 A e commerce sight operating from Vadodara was hacked by Pakistani hacker Army Black Hates Striker and warned the government. The hackers strikes and hacked the Shopomile.com and write warning messages to the Indian government. With 14th August as the Independence day of Pakistan the message states that now Pakistan will write new history with the blood of Indians.

Shopomile.com owner Aniket Shah said that this is a shopping website with facilities of online purchase. On Saturday morning the technical team informed him about the website being hacked and he immediately informed the police control room.