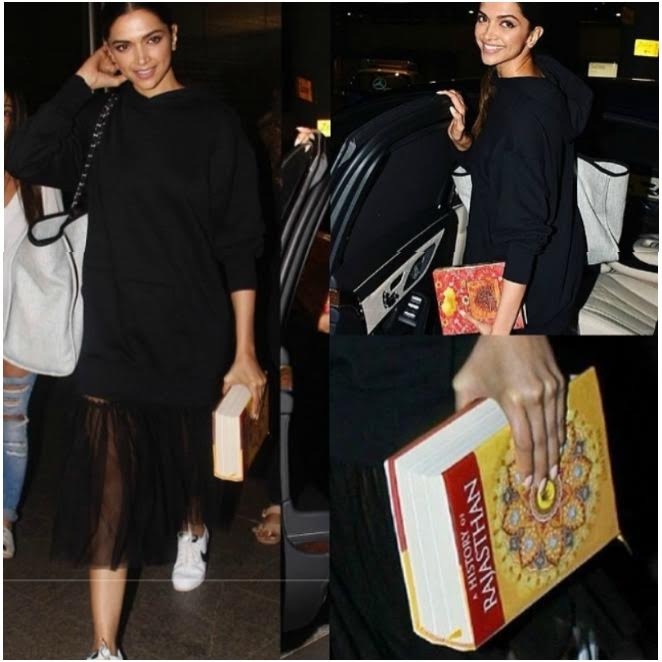 Bollywood and Hollywood sensation Deepika Padukone took out time from the shooting of film Padmavati and is in Mumbai. The actress is known for her fashion statement is turning everyone’s eyes for something different. Deepika Padukone was spotted with historical books at the airport. Deepika will be seen in the character of Queen Padmini in the Sanjay Leela Bhansali epic ‘Padmavati’ and she is doing everything to make her character look realistic.