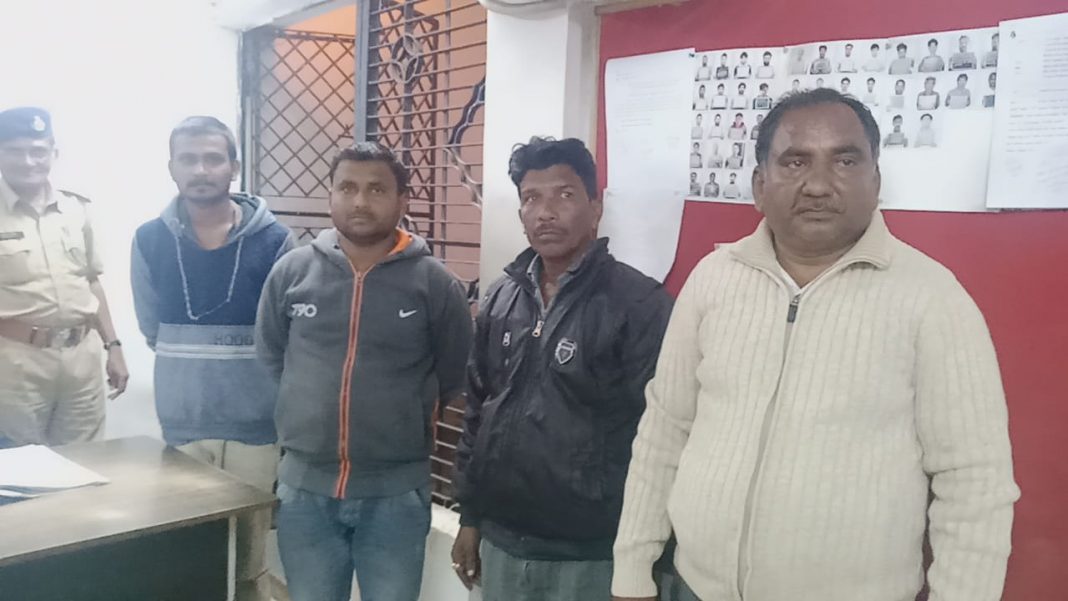 Padra police arrested former Congress Taluka Panchayat President Giriwatsinh Raj for interfering in the police work. He along with four others were arrested by the police last night for his interference. The incident happened in Muval village comes under Padra.

As per the details Vadu police went to listed bootlegger for prohibition raid and was intercepted by the former Taluka Panchayat President. Police raid at the house of bootlegger in Muval village Yatin alias Yato Udesinh Chauhan base on the information. As they were investigating the former President Giriwatsinh Raj, his son Kiran Raj, villagers Dharmendrasinh Chauhan, Udesinh Chauhan reached there and tried to save the bootlegger.

As they misbehaved with the police and interfere in their work all of them were later arrested by the Vadu police. However during search police don’t found any liquor from there and also the bootlegger was not present at the his house.

Vadu police PSI J.M. Padhiyar register the complaint against all for misbehaving with police and interfere in their work. Large number of people also gathered at the Vadu police station after the incident and demand for their release.