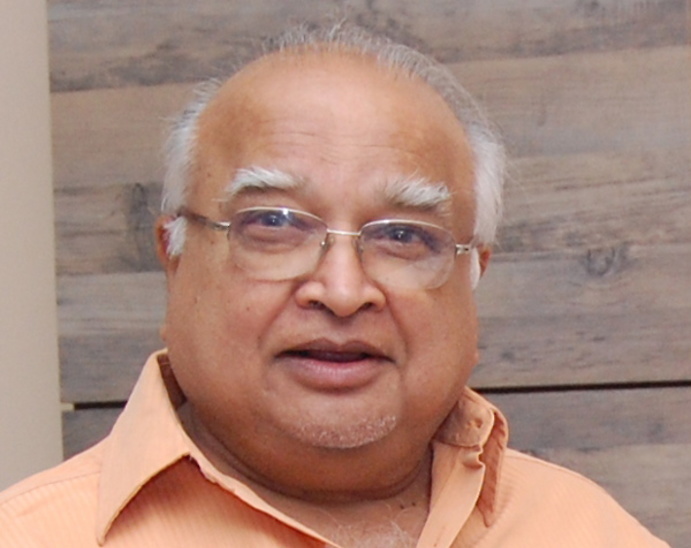 Considered as entrepreneurship guru and associated with Charusat

Padma Shri Dr V G Patel, Governing Body member of Charusat left for heavenly abode today early morning. He was considered as  Entrepreneurship Guru and was associated with Charusat since 2002.

Born on September 6, 1939 to noble parents Gopaldas and Kamlaba Dr. V.G. Patel belong to Karamsad, a small village of Charotar – the land of the Iron Man of India – Sardar Vallabhbhai Patel. His father Gopaldas, was a Gandhian and Freedom Fighter. He exhibited fusion of selfless spirit of Mahatma Gandhi and Leadership Qualities of Sardar Patel.

He completed primary and secondary education from Gujarat Vidhyapith, Ahmedabad and Graduated in Economics from Gujarat College, Ahmedabad. He obtained Master Degree and Doctorate from the University of Wisconsin, Madison, USA in Economic Development in 1968. Out of Patriotism he chose to return to India to serve the country.

He joined the Planning Commission as a Consultant Economist and were entrusted with the responsibility of formulating export policies for the Fourth Five – year Plan. On invitation he returned to his home state Gujarat in 1969 and shouldered the responsibility as the Chief Economic Advisor of Gujarat Industrial Development Corporation (GIDC) at an early age of thirty.

It was during your tenure of association with GIDC that he was assigned the task of creating the entrepreneurs. For the purpose, in 1970 he developed a unique entrepreneur creation model from common people. It was the time when entrepreneurship was not at all considered a career option. It was unusual, unexplored and unheard of that entrepreneurs can be created.

In the meantime he was also entrusted by the Government the responsibility to institutionalize entrepreneurship. It led to the establishments of many institutions and centres of National and International repute and importance. Among all, the most important has been Entrepreneurship Development Institute of India (EDI) – the first of its kind in the whole of Asia. It is now the nucleus of several other institutions, organizations and initiatives across the country.

He not only provided his services as the Founder Director of the Institute but also served it in the capacity as the Vice President. As the Director of EDI he guided the Governments form policies along with the boards like National Entrepreneurship Development Board and National Science & Technology Entrepreneurship Development Board. Importantly he took the revolution to more than 20 other countries and particularly, under developed countries following recognition by United Nations in the form of UNIDO, World Bank, International Labor Organization and many other commonwealth countries.

He also touched upon untraced areas like Rural Entrepreneurship Development, Empowering Women through Entrepreneurship, and Open Learning Program in Entrepreneurship including strengthening the activities through the establishments of Centres, Institutes, initiating Training, Development and Incubation Activities, Innovation Centres, Knowledge Dissemination and Succession Planning.

Inspite of several obstacles, through his missionary zeal, persistence and affable nature, he garnered support and ensured success of the entrepreneurship movement. His unique entrepreneur creation model is now recognized world over as the EDI Model.

In order to guide the coming generations he also authored books, articles, research papers, and reports including The Seven Business Crisis & How to Beat Them (reissued as When the Going gets

His life has been a saga of a person, who devoted his life cultivating an institution with indomitable spirit, certitude, and sacrificed his personal and family life in building and expanding the Entrepreneurship Movement. He aptly regarded as the Entrepreneurship Guru. He attribute the success to his life partner Yoginiben, who always support him in all of his endeavors and also took great care of his father Gopaldas and children Harsh, Uday, and Mauli.

Science and Technology are some among them. In recognition of his contribution, he was honored with many awards like Aga Khan Award and Late Shri A R Bhat Entrepreneurship Development Award. Acknowledging his landmark contribution, Government of India has conferred the prestigious civilian award of India Padma Shri.