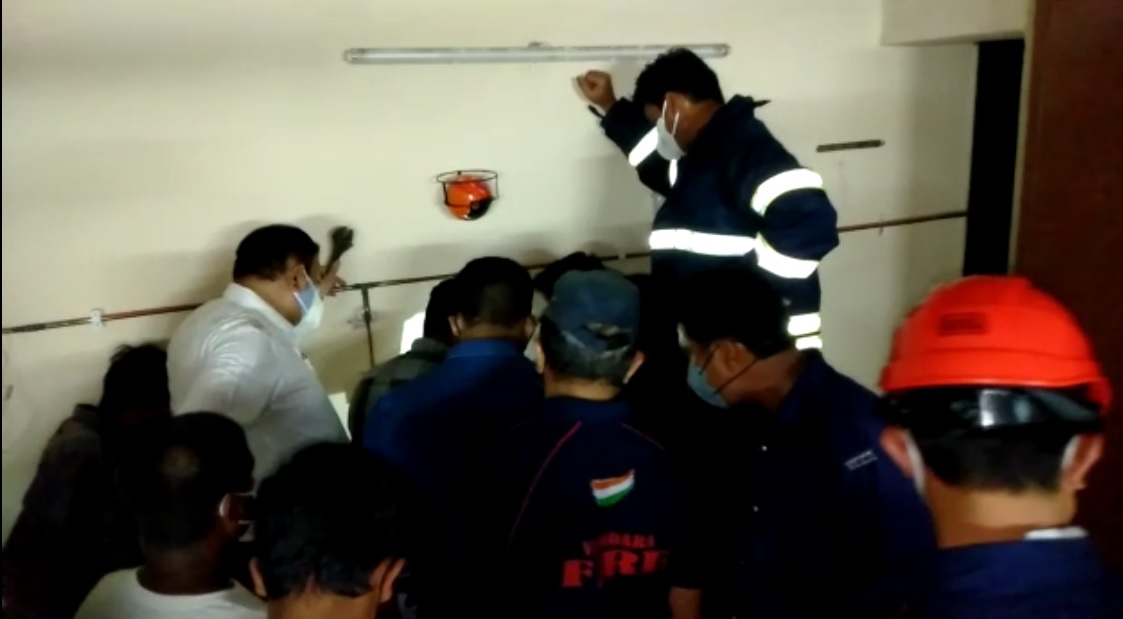 Around six patients are shifted immediately to another rooms after a small incident of leakage of Oxygen port was reported in Samras hospital. The leakage was repaired immediately and fit of use as OSD Dr. Vinod Rao personally visited the facility and took stock of the situation.

As per available details, a small incident of leakage from an Oxygen Port was reported in Room 304 of C Block at Samras Hospital at late night on Tuesday. The port was immediately attended and rectified. As a precaution the 6 patients in the room were shifted to another room.

Dr. Rao said, there was a leakage in the port but it is timely attended, repaired and fit for use. He personally visited the hospital and ensured everything is in order. He said there is no need to panic as they have vacant beds available and patients were shifted to another rooms as a precautionary measure.