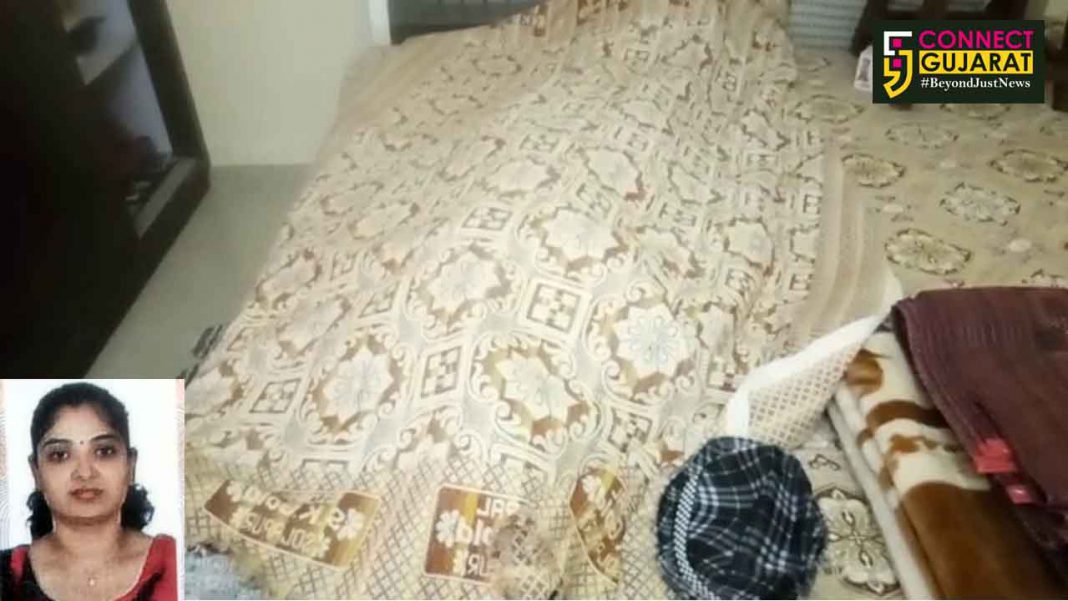 Owner of a beauty parlour in Vadodara committed suicide by hanged herself from the hook of the ceiling. The reason for the extreme step is under investigation as the woman was living with her five year old child studying in senior kindergarten. Her husband is a farmer and works in their village.

As per details Hetaxi Patel lives in 506 Akshar residency at Vadsar road and running a beauty parlour.  She lives with her five year old son and father in law and his husband Kuldeep Patel lives in village and is a farmer. He visited her twice or thrice in the month.

Last night on Sunday she hanged herself for unknown reason and committed suicide. She left behind her five year old son studying in kindergarten. Manjalpur police is further investigating to know the exact cause of suicide.