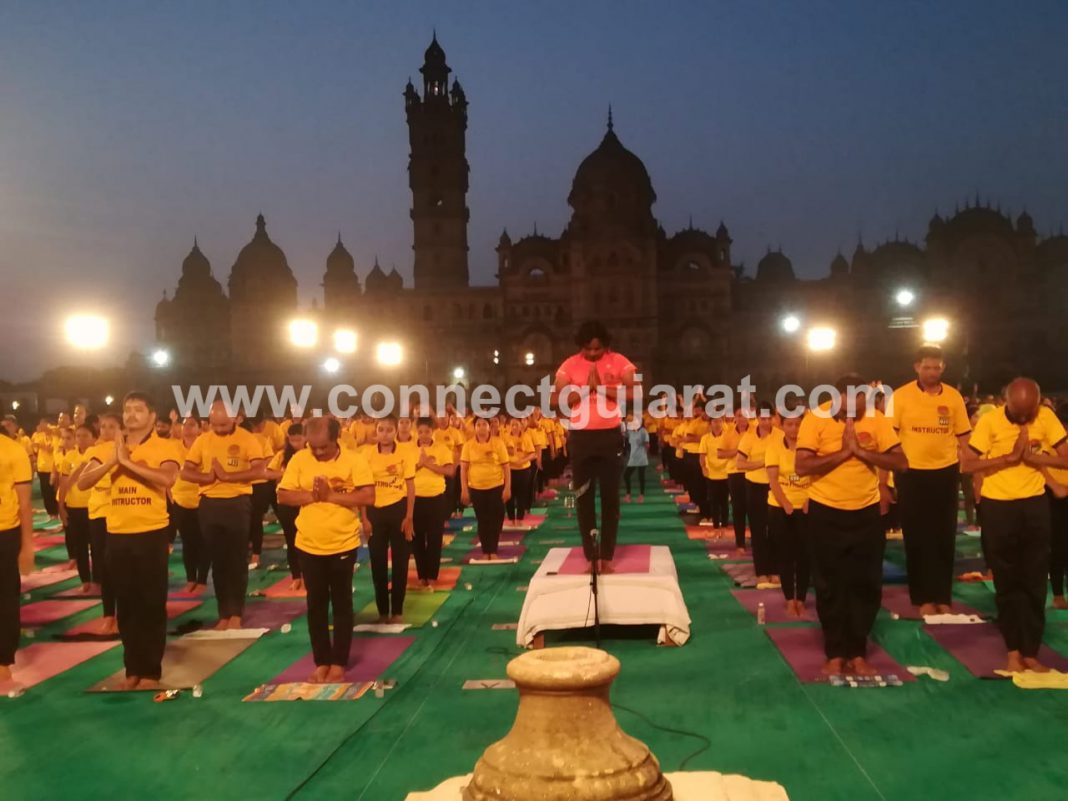 Over 1000 people including youth and elderly worships the sun with Surya Namaskar in the lap of magestic Lakshmi Villas Palace. The mega Surya Namaskar was organized by Yogniketan Vadodara where the participants performed 108 Surya Namaskars to kick start the International Yoga day celebrating on 21 June 2019.

In association with Royal family, Lukshmi Villas palace the 108 Surya Namaskar was organized for the first time at the venue which gave the participants natural lush greenery to perform the yoga. Over 1000 people including boys, girls, men, women and elderly perform 108 Surya Namaskars as part of the 5th International Yoga day celebrations.

Rajendra Trivedi Speaker of Gujarat Legislative Assembly and other dignitaries remained present there at the programme and extended their wishes to the participants for successfully performing 108 Surya Namaskars and giving a beautiful start to the International Yoga day.