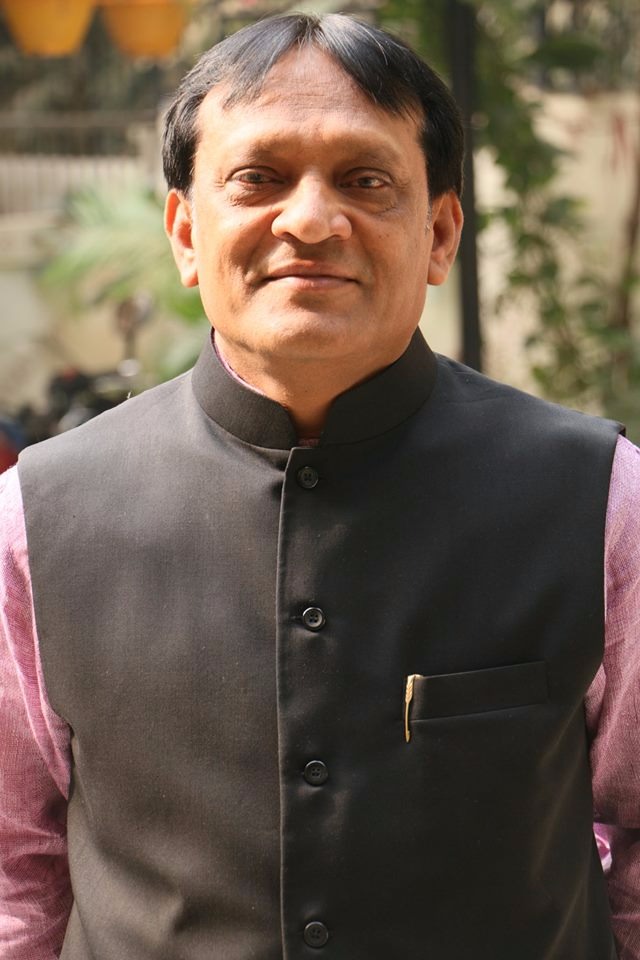 The Karjan seat in Vadodara district is now becoming the house of political rivalries as the BJP members comes out openly against the present MLA Satish Patel. They write a letter to the Parliamentary board and request not to consider him as candidate for the upcoming elections.

Today is the third day of the Parliamentary board meeting and with this open letter from Karjan with signatures of BJP members once again heat up the political scenario in the region. 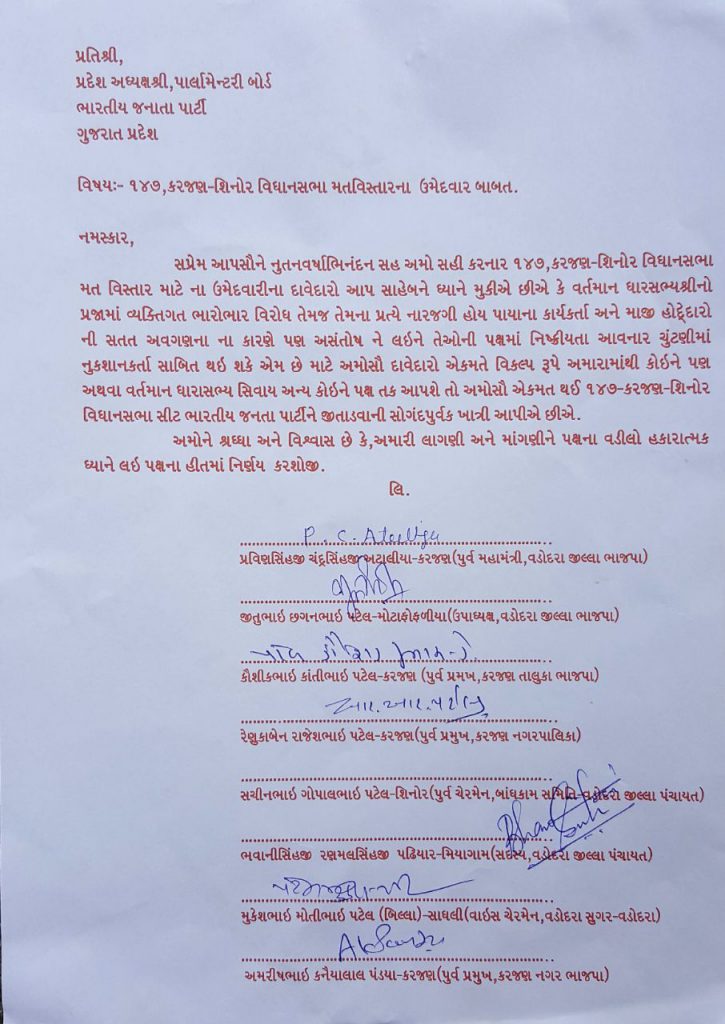 Satish Patel held many top positions in the region like Chairman of Karjan APMC, Chairman Gandhar Sugar, Director Gujcomasol and others. For the past three years and more there is a revolt against him in the local organisation. The protest is now at its peak and the members from the BJP write a letter to the Parliamentary board accusing him for looking after his own benefit rather then the organisation as whole.

The local probables write the open letter to the Parliamentary board and request them not to consider Satish Patel as candidate for the upcoming election. They mention to work with anyone whom the board decides but not with Satish Patel. With elections approaching and the BJP members comes out in open against the sitting MLA in Karjan is a serious problem for the Parliamentary board.