Farmer and inmates with farming skills are farming and raising cows If we recall the incident where Lord Krishna was born in Mathura prison, it can be said that jail is a system associated with the social system since ancient times. Earlier, however, the system became a center of repression along with the punishment of […] 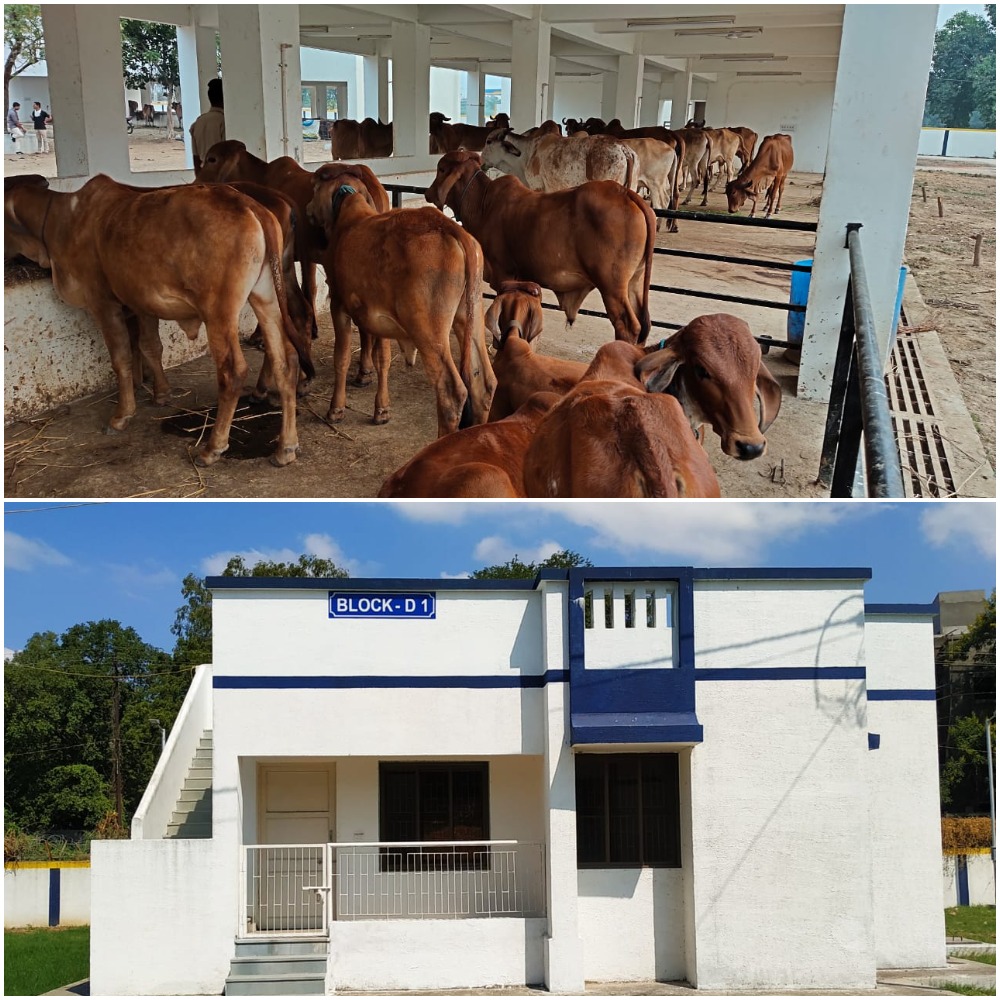 Farmer and inmates with farming skills are farming and raising cows

If we recall the incident where Lord Krishna was born in Mathura prison, it can be said that jail is a system associated with the social system since ancient times.

However at the present time jails become a correctional facility along with the place of imprisonment. The government’s approach has been to reform the way in which inmates come out of jail as assets for the society and live a life following law and order as soon as possible. In prisons today, various reformative arrangements have been made to impart various skills enhancement training to the inmates, to combine their skills in industries and link them with employment in prisons, to provide necessary facilities for them to pursue education if they wish.

Inmates in the state jails can come out as skilled craftsmen and make a fresh start in social life while serving their sentences in the form of repentance for a crime.

A number of inmates in many jails in the state, including Vadodara, have set an example of self determination can be means of rejuvenation after they get higher education and degrees.

Jail is not desirable and no one likes to be in here separated from everyone. But human beings commit crimes knowingly or unknowingly and to prevent them from committing crimes, various types of laws and prisons have been set up to serve the punishments.

The Gaekwad regime has given rich facilities to Vadodara. In 1880, Maharaja Sayajirao Gaekwad III started the construction of this huge Vadodara Central Jail on 86 acres of land in the center of the city and it was completed in 1881. He built this prison with such foresight that today, even after 140 years, this prison is almost capable of meeting the needs of the present time. Nearly one and a half hundred years old, this prison has now gained a historical significance. Sometimes the freedom fighters were imprisoned here before independence.

Strict laws and punishments are provided to prevent crime. Special arrangements have been made for the welfare and rehabilitation of prisoner with a purpose of improving their life and help them becoming an asset to the society. Vadodara Central Jail has been a model and school of prisoner welfare and reform for a long time. Now it has added new dimensions of promoting methodical open jail with Gaushala and Indian tradition of Gauseva.

These new facilities will broaden the spirit of prisoner welfare. In 1970, 90 acres of land was allotted in Danteshwar village to develop a new facility as an alternative to the central jail in the middle of the city. However it was not possible to build a jail as there was drain in the middle of this land. So now, as per the approval received here in 2015, an open jail has been built in 4.12 acres.

Open prison is also a new approach to prisoner welfare and reform. This is a system where the inmates can stay close to the society while serving the sentence of imprisonment and can learn the lessons of life improvement by doing work like farming, cow rearing. The original intention was to re-establish them in social life by shaping them as a good person.

Along with the open jail in this vast space, a number of facilities have been developed including new ventures like Shrikrishna Gaushala, Staff Quarters, Prisoner Welfare Fund operated petrol pump which shows commitment to prisoner welfare.

Various constructions have been done in a total of 10 acres including 12 barracks which can accommodate 5 occupants each here in 4.12 acres. Large open land like 80 acres has been used by the prisoners for farming and tree planting.

About 1 thousand trees are planted here, around 2500 new saplings have been planted and extensive tree planting has been planned with the help of prisoners. Thus, this place is evolving into a green jail model for the state.

We have been cowherds since ancient times, from the sacraments of Lord Krishna and sages. The Gauseva Commission has been set up to restore our social heritage.

The new Shri krishna Gaushala is established by Vadodara Central Jail at 3.56 acres in the open jail premises at Danteshwar. It will encourage the cow service of the State Government and will promote cow based organic farming.

This facility has 6 cow sheds which has a capacity of keeping 120 cows. At present 70 cows are available in the gaushala. 9 godowns have been set up to store hay for the cow mother. This gaushala is similar to the innovative model of approach to cow rearing with prisoner welfare.

Various enterprises are run in 8 sections in Vadodara Central Jail for the purpose of providing partial employment to the inmates as per their skills and enhancing their working skills. The prison industry’s weaving, carpentry, laundry, tailoring, chemistry, bakery and printing press became a source of income and employment for 231 prison inmates in the year 2019-20.

During the year, Goods worth over Rs 4.27 crore were produced and the inmates were paid more than Rs 73.94 lakhs.

A green jail garden has been set up in the open land owned by Vadodara Central Jail with the help of inmates. Recently, an initiative has been taken to make organic manure from farm waste generated here which gives training in pure and organic farming to inmates. Drip irrigation has been arranged recently to give impetus to water saving agriculture.

Baldevsinh Vaghela, Superintendent, Vadodara Central Jail, said that farming and cow rearing activities would be conducted by the inmates in this open jail. The operation will be done by those who are not habitual offenders but are serving jail terms for a crime committed by mistake, are not locals of Vadodara, are farmers or have farming experience, have completed at least three years of imprisonment and in the meantime have been treated with good behavior.

Strict laws and corresponding punishments are required to prevent crime. At the same time, there is a need to encourage the inmates who are serving their sentences for crime to leave the path of crime through constructive training and become useful citizens of the society. If there is a law, on the other hand, there are many dimensions where the convict feels remorse and the society sees the ideal jail system in Vadodara Central Jail. Two new dimensions have been added to these features.