Connect Gujarat
#Beyond Just News
More
Home Gujarat Only Gandhi Nehru family run the country not the son of Chaiwala... 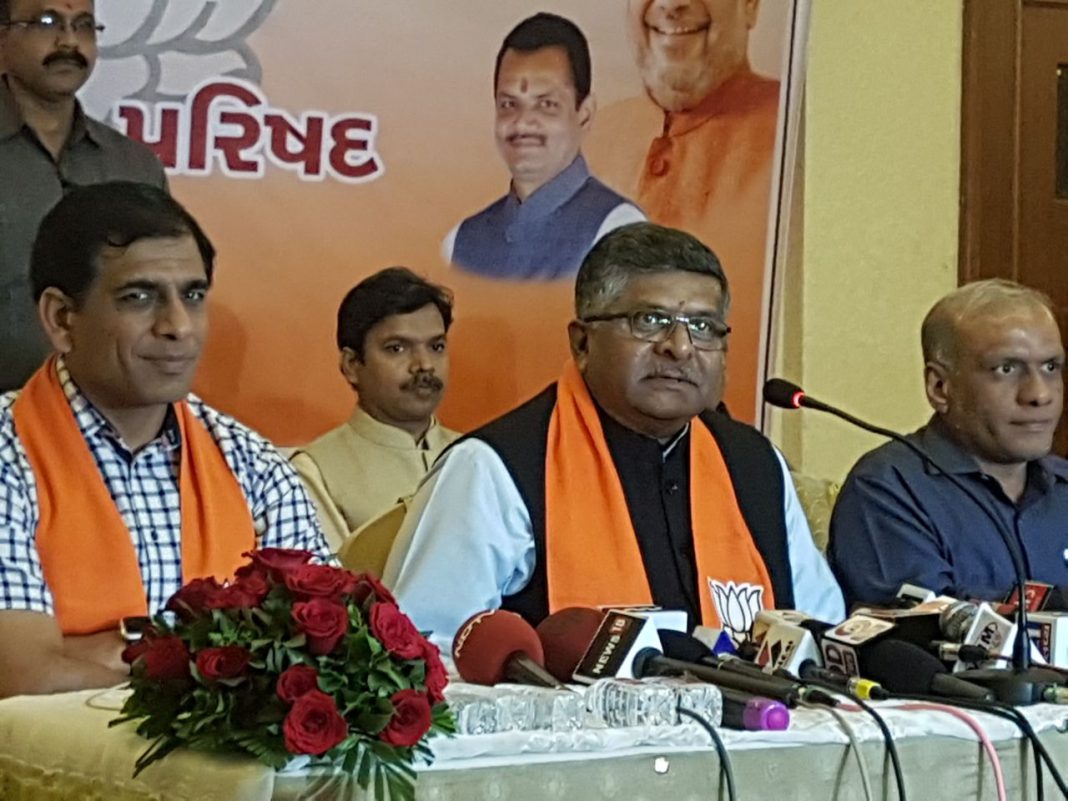 Union Minister for Law and Justice and Electronics and Information Ravi Shankar Prasad condemn the ‘Neech’ word used by Congress leader Mani Shankar Aiyer against Prime Minister Narendra Modi. He said it shows the feudal thinking of derogatory type and must maintain the decorum of the post of Prime Minister.

He said the Prime Minister was chosen by the people of India and under him the country see a lots of change in terms of development and growth. He is truly a global leader and takes the country to fast track of growth and such derogatory remarks against him is not acceptable.

The thing which instigate to them to said such remarks is the family politics behind this. They think only Gandhi and Nehru family can run the country not a son of Chaiwala who rise to such a position with his hardwork. Such a remark is insult of the poor and people of Gujarat. I am proud to have such a Prime Minister as after such a comment he told the BJP people to stay calm and the people of Gujarat will give answer.

He also raise the question of Bharat Ratna not given to Dr. Ambedkar and Sardar Patel on time by the Congress. They get the Ratna after almost four decades after their death.

Taking a tweak at former PM Dr. Manmohan Singh he said the Congress finally engage him for work. He said the former PM in Rajkot said Demonetisation was a diasater but 99% money came back which shows the positive side of it and now the money in the bank accounts have address and name of the owner. 2lakh 29000 companies are deregistered which includes fly by night operator types also. More than one lakh people deposit five lakh crore in their accounts after this.

On Ram Mandir and Kapil Sibbal he said the matter is pending for 70 years and he wants to ask him a question that who told him to say that the hearing be done after 2019. Congress stop hypocrisy and clear their stand.

On Patidar reservation he said the Congress make false promises to the Patidar and mislead them. As per Supreme Court no reservation beyond 50% is possible and they must comes in open with their formulae.

On Kashmir he said the state is part of India and now it becomes free from terrorism and the stone pelters are also down and they engage themselves in sports activities. The change is there and it all because of development.