Only big industrialists in Gujarat are happy : Rahul Gandhi 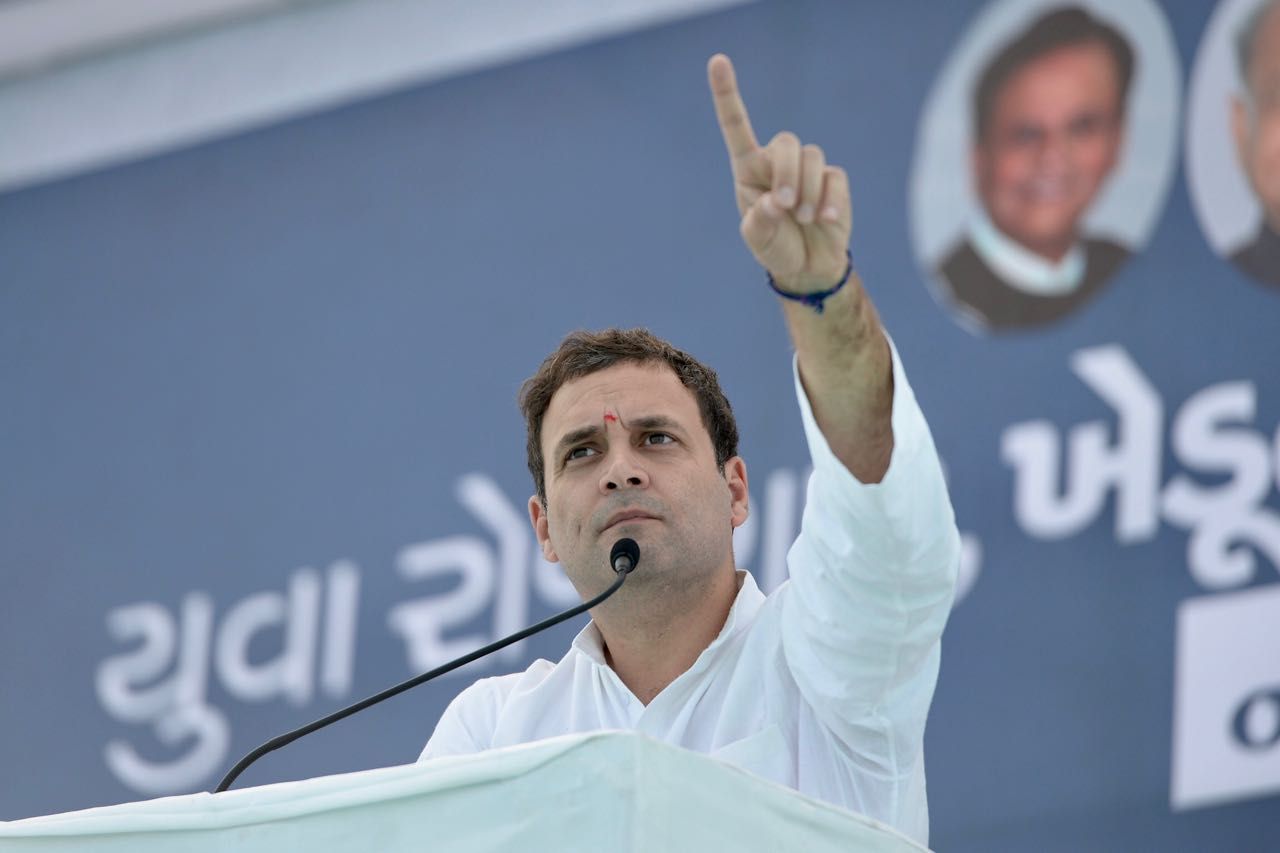 Congress Vice President Rahul Gandhi starts his Navsarjan Yatra from Jambusar in Bharuch district. He adressed a public meeting there and attacked the BJP on many points.

Rahul said he visited every state in India but first time he feel that people in Gujarat are not happy. Only the big 5 to 10 big industrialists in the state are happy.

He further attacked on PM Modi and said he gives 33000 crore loan like free to Tata Nano which is enough to waive the farmers loans in Gujarat. Farmers is Gujarat suffered a lot during their rule. All the products under Make in India are not Made in Gujarat or Made in India but instead all Made in China.

On Swiss bank matter Gandhi said for the last three years under BJP rule how many of the account holders are put behind bars. He said demonetisation is wrong decision of the BJP and they are not accepting it.

At last he said BJP will be shocked on the Election Day.