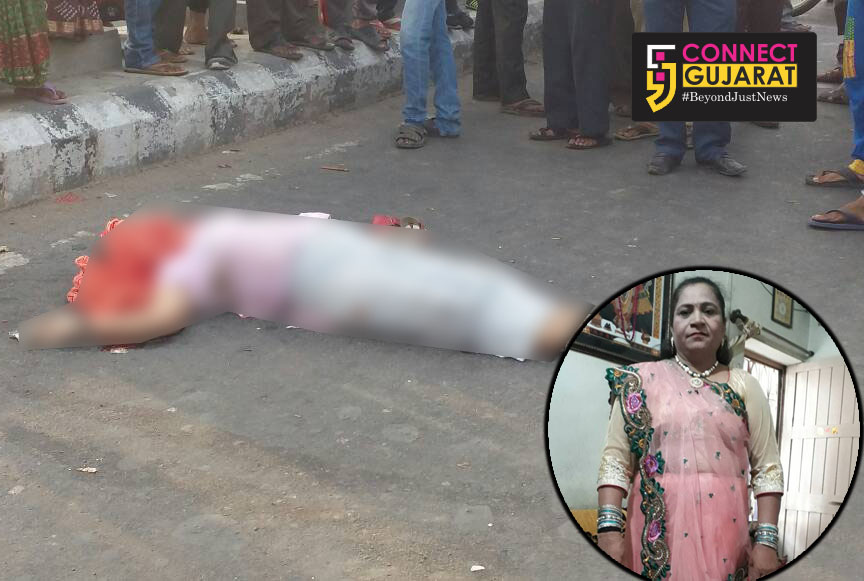 A fatal accident on Warasiya ring road in Vadodara city left a woman dead and her daughter seriously injured. The mother daughter was knocked down by a van early morning when they were going on their Activa. The mother received fatal injuries and died on the spot. While the daughter received serious injuries and rushed to the SSG hospital for treatment.

As per the details Tarlika Mistry 45 along with her daughter Mayuri was going towards Amit Nagar circle on Activa early morning. Meanwhile at Harni Warasiya ring road near Kalawati hospital a speeding van knocked them on the road. Tarlika received fatal injuries and died on the spot and her daughter was rushed to SSG hospital in 108 ambulence for treatment. People rushed to spot after the accident but the van driver fled from the spot before that. Warasiya police also reached the spot and took custody of the body and started investigating. The family of the deceased also rushed to the spot after received the news of the accident.

Vikram Mistry son of deceased Tarlika said that his sister Mayuri works in Ahmedabad and his mother went to Amit Nagar circle to drop her there. But the destiny has something in store and the duo was knocked down by the van left the mother dead and seriously injured the daughter was rushed to the hospital.

Police registered the case and is further investigating and in search for the accused van driver.