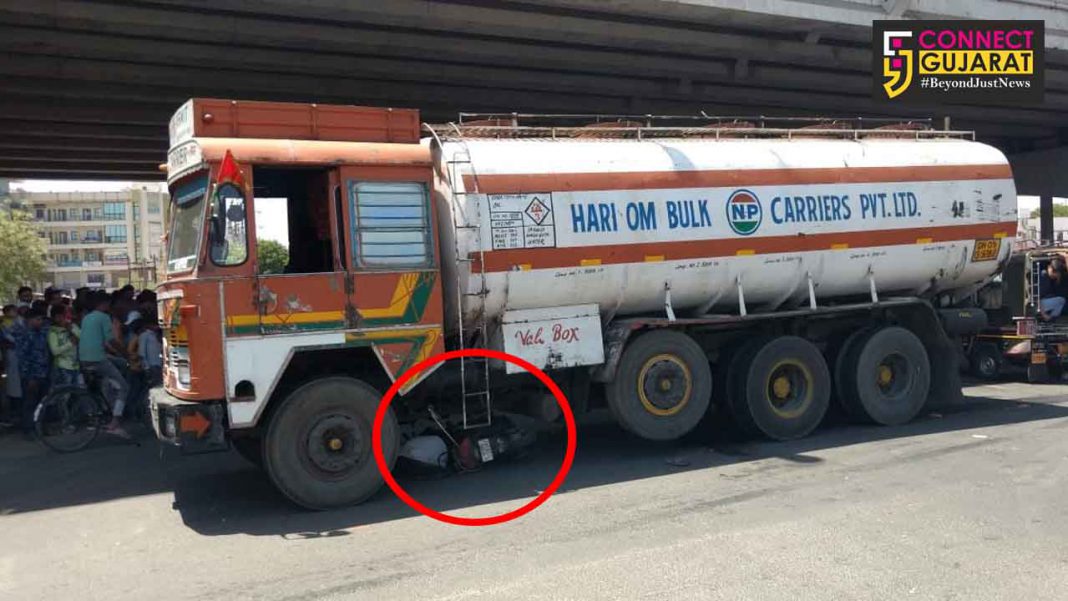 One died and another seriously injured after their two wheeler was knocked down by a truck near Waghodia crossing on Friday. The couple was returning back after visiting Hanuman temple on the occasion of Hanuman Jayanti. The couple was dragged by the tanker resulting in death of husband and seriously injuring his wife. 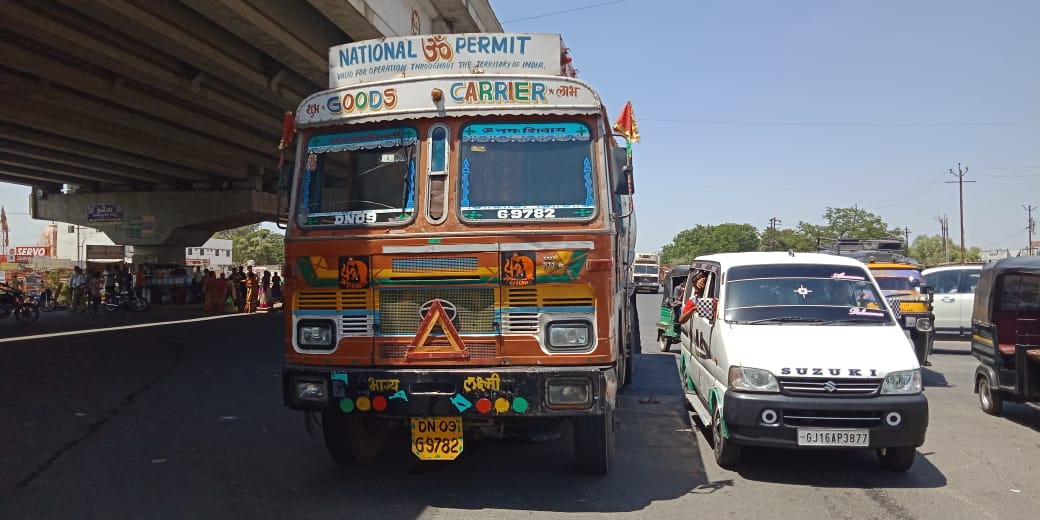 As per details retired PWD employee Bipinchandra Mehta and his wife Bhanu visit Hanuman temple and returning back on their two wheeler. Meanwhile a tanker knocked them near Waghodia crossing and the two wheeler was dragged after stuck under the truck. Bipin died on the spot and his wife was shifted to hospital with serious injuries.

The spot under the Waghodia bridge is notorious for accidents and one student and a youth died earlier on the same place. Inspite of the police point there the accidents happens at the place. In today’s incident the locals agitate and demand for a solution there to stop such accidents in future. Bapod police further investigating in the matter.