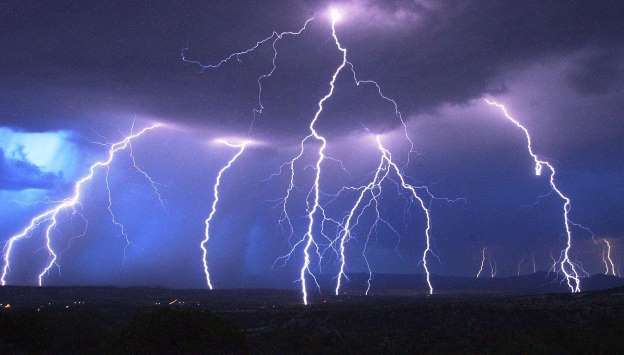 Stand under the tree to save themselves from rain

One died and around six injured after lightening hit them in Vadodara. The incident happened in Fatehgunj area of the city where the labourers were standing under the tree to save themselves from heavy downpours.

As per details Six members of one family Navarsingh Parmar, Ramesh Parmar, Munna Parmar, Killu Pangra and Sarvesh Munna were standing under the tree when lightening struck and all of them recieved burn injuries.

Originally from MP they all are working at the private construction site and they were standing nearby as the work was closed for the day. Due to heavy rains they took shelter under the tree. The lightening hit them and they all recieved serious injuries.

People rushed to the spot after the big sound and informed the medical teams. All of them were shifted to SSG hospital in an ambulance where Navalsingh Parmar died during treatment. Fatehgunj police reached the hospital and further investigating in the matter.