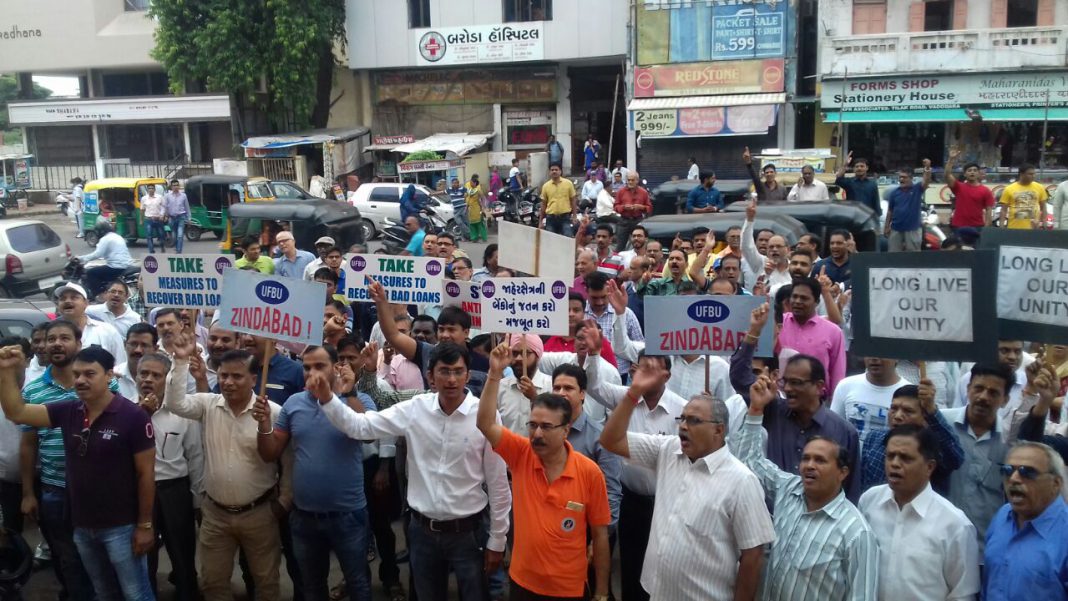 In protest against the privatization of the nationalised banks the employees of various banks went on one day strike all across the country. Due to the strike of the employees, transactions of about 700 crores are affected.

In Vadodara the bank employees gathered at the spot in front of the Bank of Baroda branch at Aradhana talkies and shouted slogans against the government. The traffic was also disrupted due to the programme given by the bank employees. Two ambulances were also stuck up in the traffic. 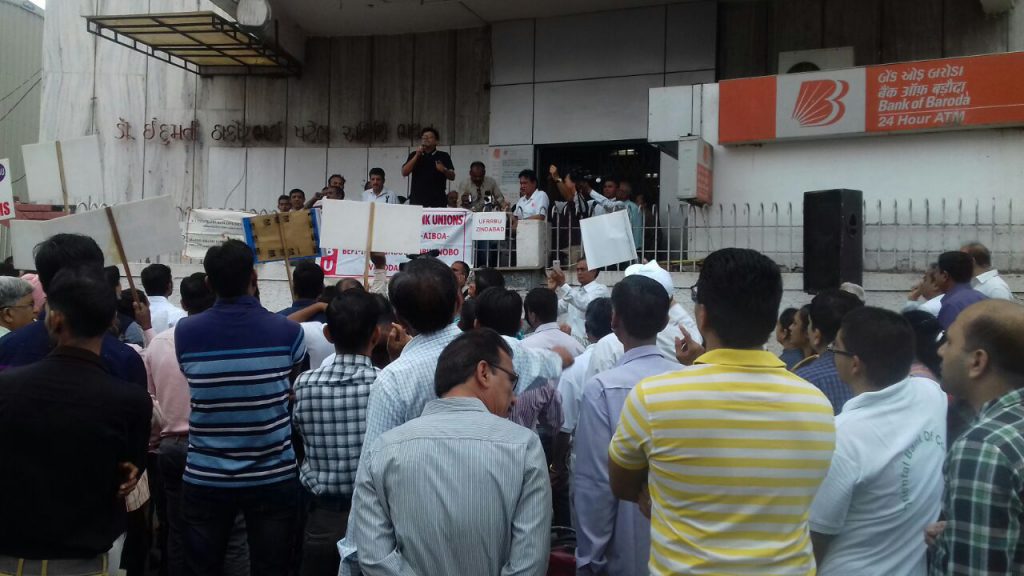 D.L. Vyas Vadodara convener of United Forum of Banks Union said that the government is trying to privatise the nationalised banks. In protest of the decision the union shouted slogans against the government where big numbers of employees joined.

He also said that due to the strike about 700 crores of transactions will be affected. The government didn’t answer their demands and hence they forced to went on strike where large numbers of bank employees from city and district joined the strike. 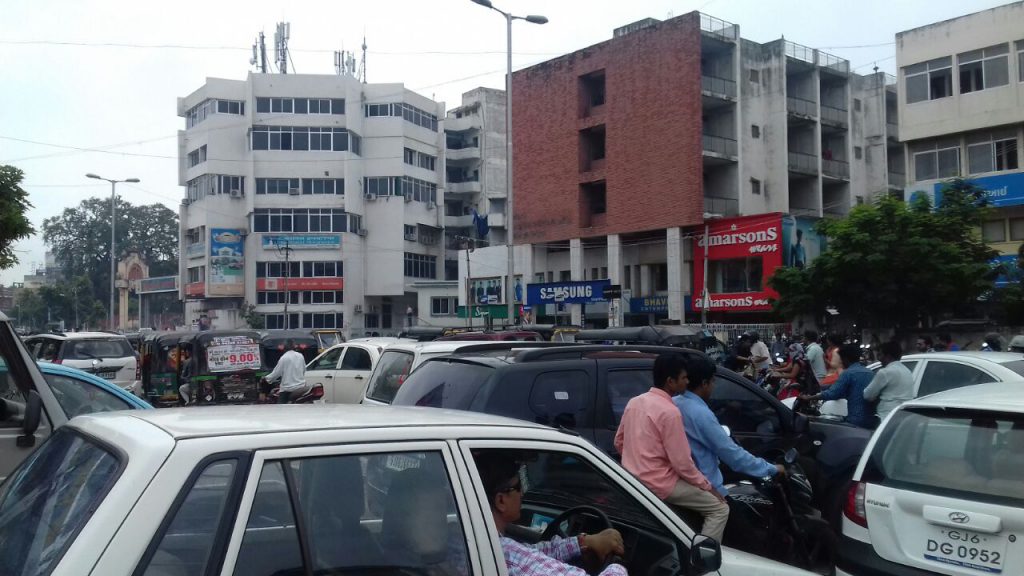 Vyas also added that the strike is about the privatisation issue and various other pending demands. 13000 crore rupees of the banks stuck and strict actions should be taken against them. To fill the posts in banks and various other demands which they raise during the strike.

The bank employees with banners, posters shouted slogans against the government and raise their demands in one day nation wide strike. The traffic was also disrupted and two ambulances also delayed and stuck in the traffic. 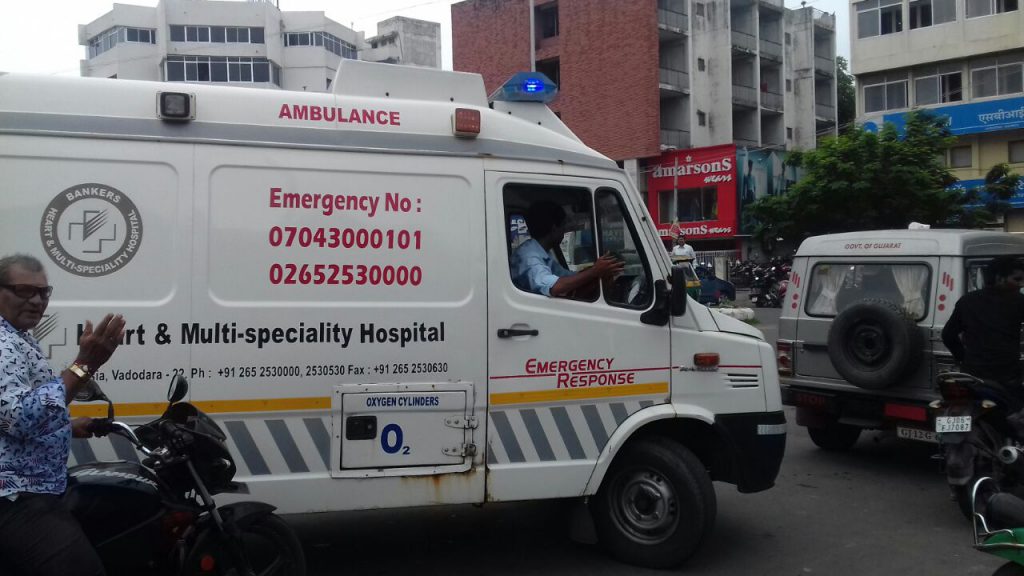