On Camera, Man Caught Trying To Kidnap a Sleeping 4-Year-Old girl In Punjab 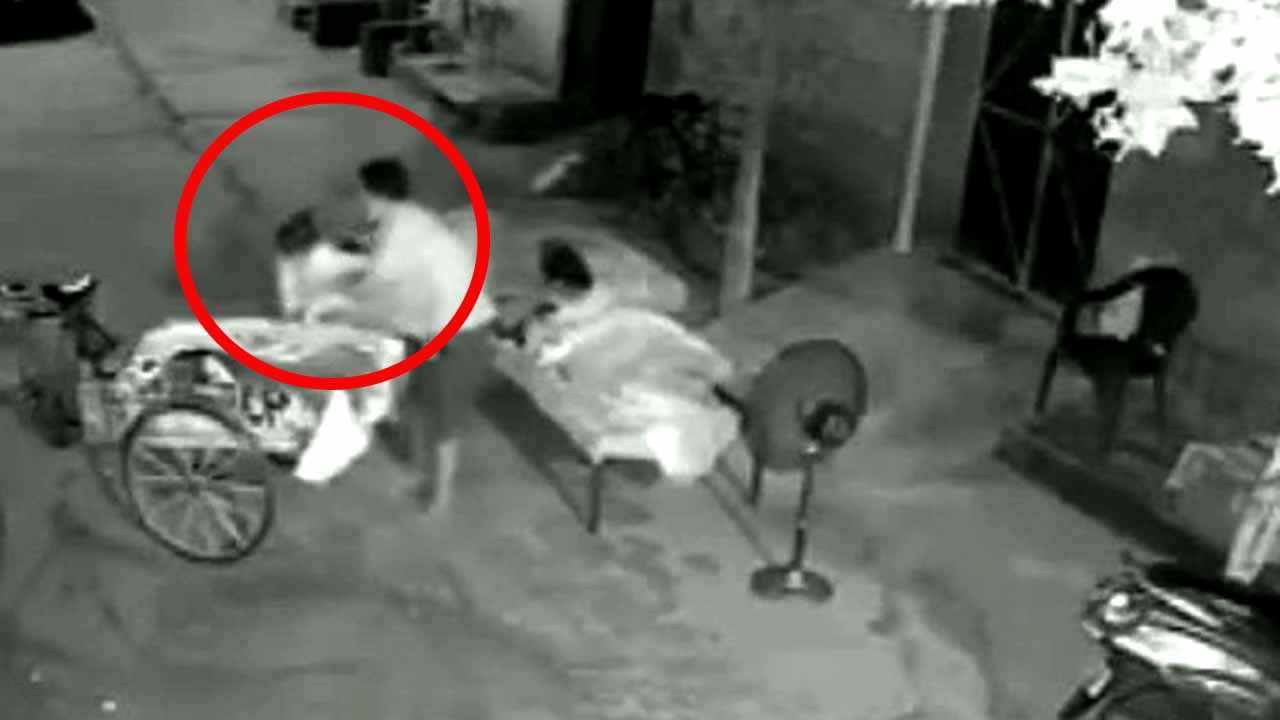 In CCTV footage, the man, apparently a vendor, is seen lifting the child. The man was caught by locals when he was chased by a family member. It's not yet clear why he was trying to kidnap the child, police said A man caught on CCTV trying to kidnap a four-year-old child, when she was sleeping with her mother outside their home in Punjab's Ludhiana has been arrested.

In dramatic CCTV footage from last night, the man, apparently a vendor, can be seen lifting a child sleeping outside on a cot next to her mother and grandmother.

He picks up the child and places her in a cart. When he tries to run away, the two women wake up an the child's mother chases him.

By the chaos, locals in the neighborhood caught the man as he was not too far from the child's home.He was later handed over to police.

"The accused is nearly 40 years old. He first came near the home to check if the family was fast asleep. He then came back with his cart to kidnap the child. The mother woke up and the man was caught by locals," senior police officer Ramandeep Singh told.

"It's not yet clear why he was trying to kidnap the child," he added.A case of child theft has been registered on the basis of CCTV visuals, said police.