Oil in salads may boost its nutritional benefits 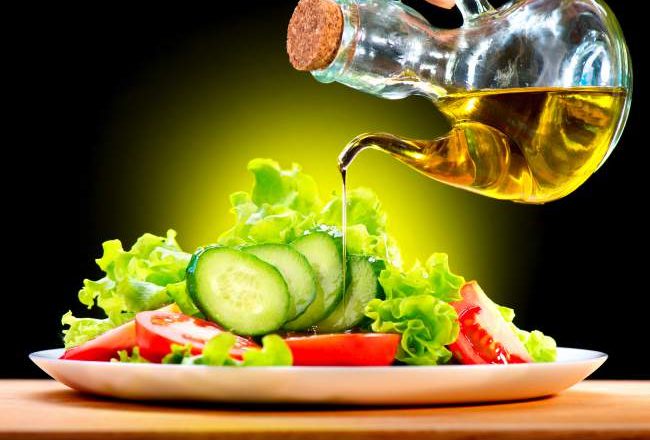 Love to eat salads? Adding a spoonful or two of soybean oil as dressing may help you derive the optimal nutritional benefit from your veggies, suggests a research.

The findings showed that eating salad with added fat in the form of soybean oil promotes the absorption of seven different micronutrients that promote human health including cancer prevention and eyesight preservation.

These nutrients include four carotenoids alpha and beta carotene, lutein and lycopene two forms of vitamin E and vitamin K, said researchers from the Iowa State University in the US.

The oil also promoted the absorption of vitamin A, which formed in the intestine from the alpha and beta carotene.

"The best way to explain it would be to say that adding twice the amount of salad dressing leads to twice the nutrient absorption," said Wendy White, Associate Professor at the varsity.

Conversely, eating the same salad without the added oil lessens the likelihood that the body will absorb the nutrients.

The study showed that the results may ease the guilt of countless dieters who fret about adding dressing to their salads.

For the study, appearing in the American Journal of Clinical Nutrition, the team included college-age women who consumed salads with various levels of soybean oil.

The results showed maximal nutrient absorption occurred at around 32 grams of oil, which was the highest amount studied, or a little more than two tablespoons. However, some variability was observed among the subjects.