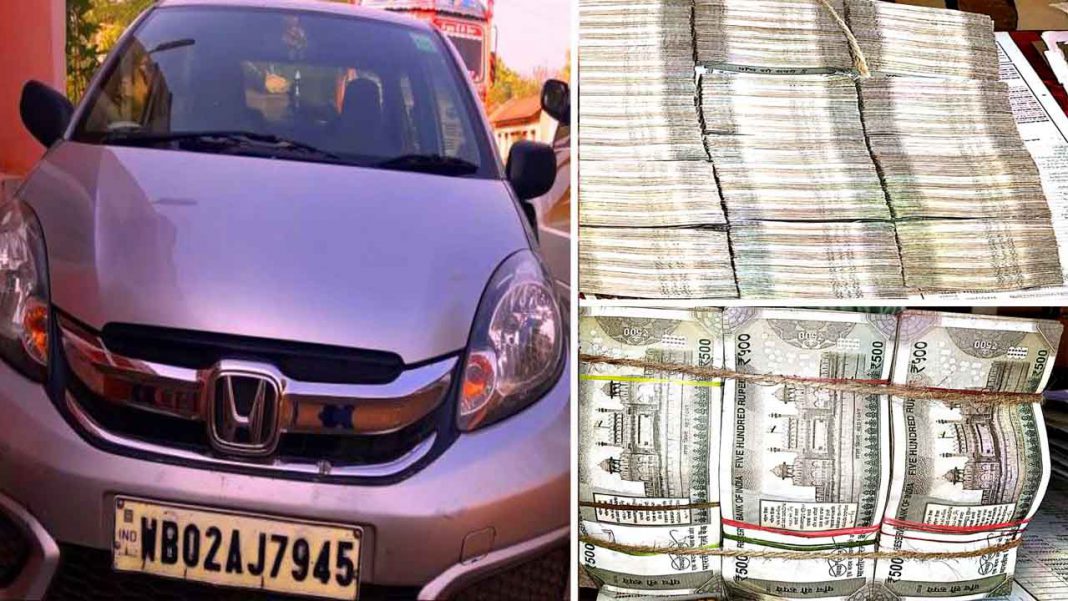 In Mayurbhanj another crackdown on cash movement ahead of polls in Odisha, the police seized Rs 34.24 lakh from a car in Rairangpur  on Saturday afternoon. According to the reports, the huge amount of cash was seized from a Honda Civic car, bearing West Bengal registration number, at Bisoi Chhak in Rairangpur this afternoon.

Following reliable inputs, a team of Bisoi Police Station intercepted the car and seized the cash after the driver of the vehicle failed to produce any valid documents. Besides, the car driver also failed to give a satisfactory answer to the cops during interrogation.

As per the reports, police have detained three persons Dilip Kumar Swain , Muhammad and Biplab Das in this connection. The detainees told the police that the cash was the toll collection and was being taken to Alipur in Kolkata from Keonjhar.