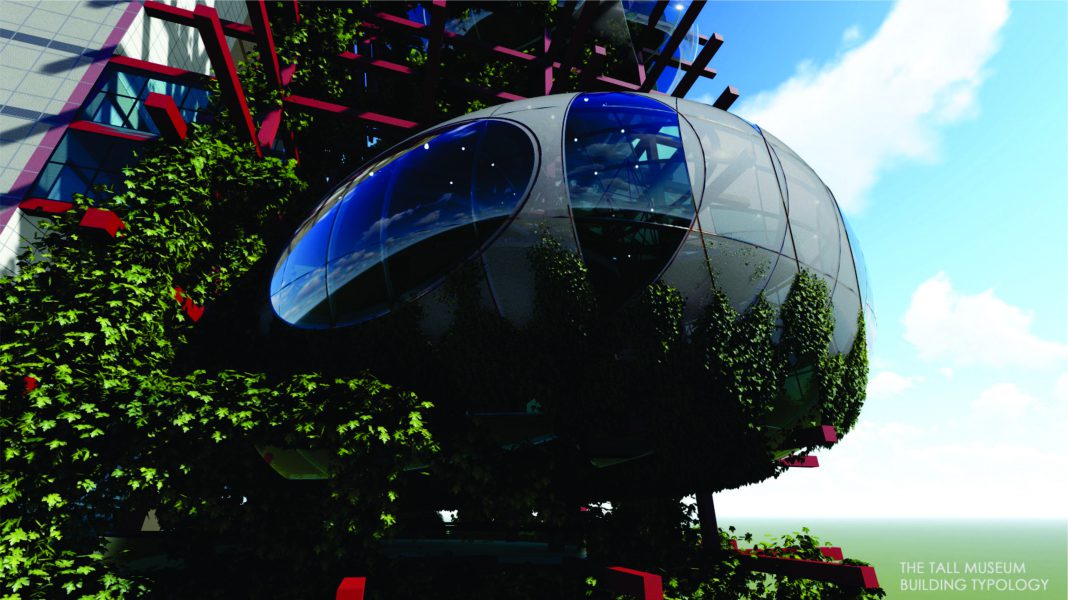 Navrachana University (NUV) bags First Prize at Switch International Design Competition – Redesigning the Guggenheim in New York. Prof. Percy Pithawala, Professor and Head of Architecture at the School of Environmental Design and Architecture of the university along with  the teaching assistant Dhruv Shah and students, Varun Shah, Meghna Kanungo, Vishesh Narola, Roshni Shah won the coveted top prize in the competition.
The aim of the competition was to offer a chance to participants to recreate the iconic Guggenheim museum at New York City, designed by the legendary Frank Lloyd Wright at the exact same site, but with entirely fresh perspective. The results of the competition were announced on 25th Sept. 2018.
1 of 5
Their prize winning proposal envisaged a thriving public plaza space amidst the high rise density of Manhattan, New York. The actual functional program of the building consisting of the art galleries was accommodated at various subterranean levels into a trench, dug 300 meters below the surface of the ground. From the entrance plaza level, one descends to the very bottom of the pit through high speed elevators, and commences a reverse journey upwards from darkness to light.
Their second proposal,’The Tall Museum Typology’ was also awarded the honorable mention amongst the top ten entries. It was designed with an intention to allow the softer edge of the adjoining Central Park to flow into the site. This museum of the future was envisaged as an iconic hybrid skyscraper – organic, self sustainable and flexible in approach.
Blobs of varying organic forms interconnected with each other accommodate the art galleries, which are interspersed within the structural matrix of the tower. The conservatory at the pinnacle provides scenic vantage point overlooking the park, while the public plaza at the promenade level serves as an extension to the park itself.