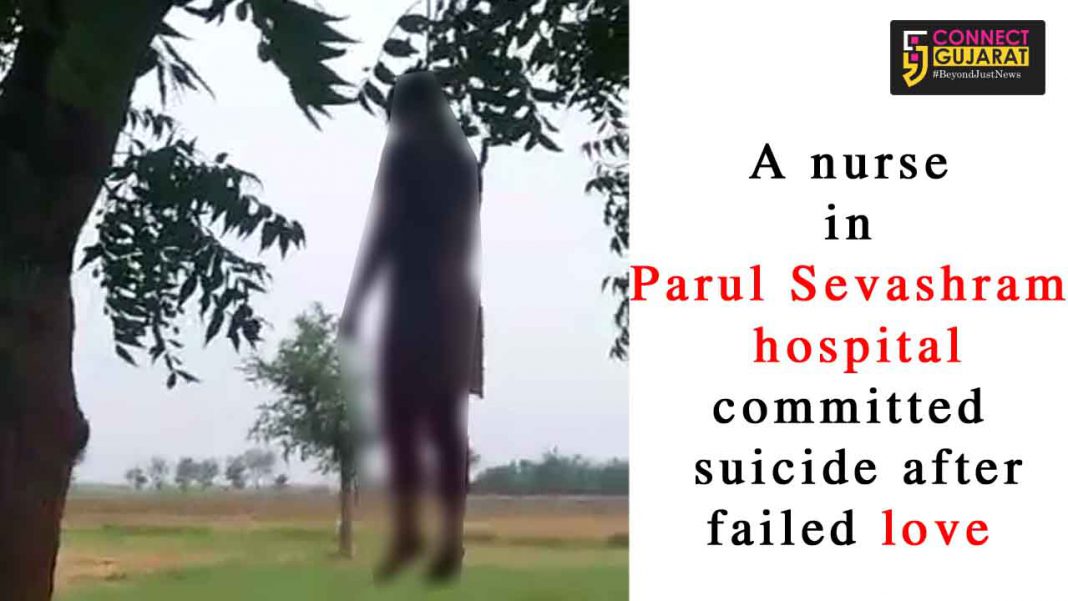 A nurse in Parul Sevashram hospital committed suicide by hanged herself from a tree. She left behind a handwritten suicide note where she showed her love towards a boy named Dilip and was shattered after betrayal by him. She also mentioned the name of another girl who comes to the life of her lover which might be the reason for the extreme step.

As per the available details the girl from Kothiyapura village in Waghodiya committed suicide by hanged herself from a tree near her residence. The incident shocked the village and they called the police who took custody of the body and started investigating. As per the sources the police also recovered the 8 page letter written on hospital case paper and began investigation in that direction to know the authenticity.

As per further details the girl was working as nurse for the last one year in Parul Sevashram hospital and is in love with a boy named Dilip. The letter recovered by the police put focus on the angle about her commitment towards the boy but all her dreams were shattered after arrival of another girl in his life.

In the eight page letter recovered by the police the girl showed her immense love towards the boy and somehow in one page showed the hatred towards the second girl.
Police also recovered two pages of Shayari in Hindi from there and started their investigation in that direction.

However the incident shocked everyone as the girl committed suicide after failed love. Police registered the matter and investigating further to know the exact cause of taking such extreme step.