Nurse injured after glass pane falling down due to heavy wind 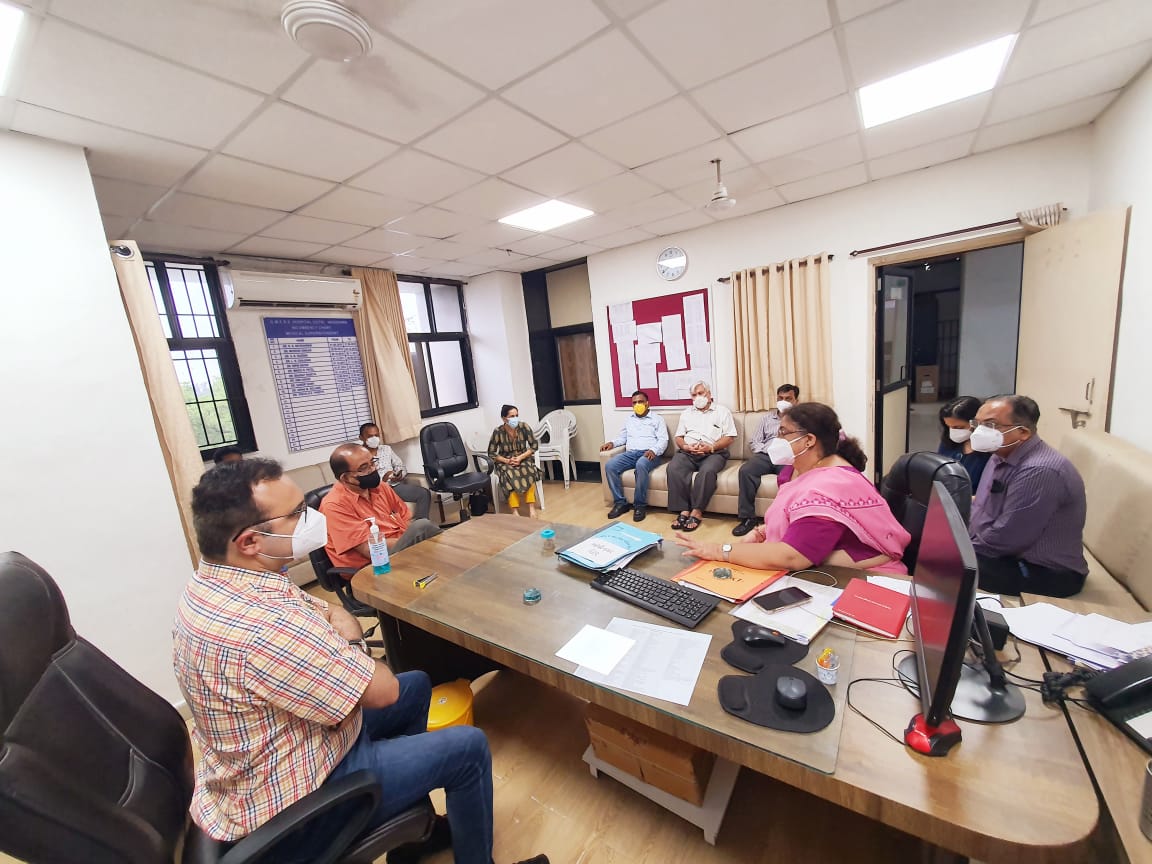 Given first aid immediately, restricted movement of people in certain areas of hospital as safety purpose

The Tauktae effect is seen in Vadodara as the city is receiving heavy rains since morning resulting in waterlogging in many areas. The GMERS hospital also affected due to the showers. A nurse was also injured after a glass of the building broken due to strong wind and is said to be hit her. She was taken for treatment by the colleagues of the hospital.

A statewide alert has been issued following the impact of "Tau Te". The state government is currently battling the Corona epidemic and the "Tau Te" cyclone. Vadodara administration is also taken steps as part of pre preparations following the cyclone forecast and shifted the covid patients to safer place.

The effect of "Tau Te" was seen in Vadodara since this morning as heavy rains lashed the city. The GMERS hospital was also affected due to heavy showers and the staff are taking every measure to ensure the safety of the patients.

In between a incident happened in the hospital where a nurse was said to be hit by a broken glass of the building. She was immediately taken for treatment by her colleagues. The officials also reached the spot and start proceedings to avoid such incidents.

Officer on Special Duty Dr. Vinod Rao visited the hospital and reviewed the situation in view of heavy storm and rains. Giving details he said, there has been an incident of glass pane falling down due to heavy wind resulting in minor injuries of a nursing staff. The Nurse is presently attended at Casualty Ward.

They have shifted 43 Patients from Ward 704 to other Wards of 6th and 7th Foor. They have sufficient vacant Beds at Gotri Hospital. In view of more such glass panes, they have restricted certain areas from movement of people for safety purposes.

There are a total of 484 Patients at Gotri Hospital including 162 Patients on Ventilators and 143 on NRBM with High Oxygen support. Everyone including Doctors, Engineers of PIU, Electrical and Oxygen operators and security staff are on full alert.

Dr. Rao also visited the Casualty Ward of Gotri Hospital and interracted with the Nurse injured today. She has been given first aid and all her tests are normal.