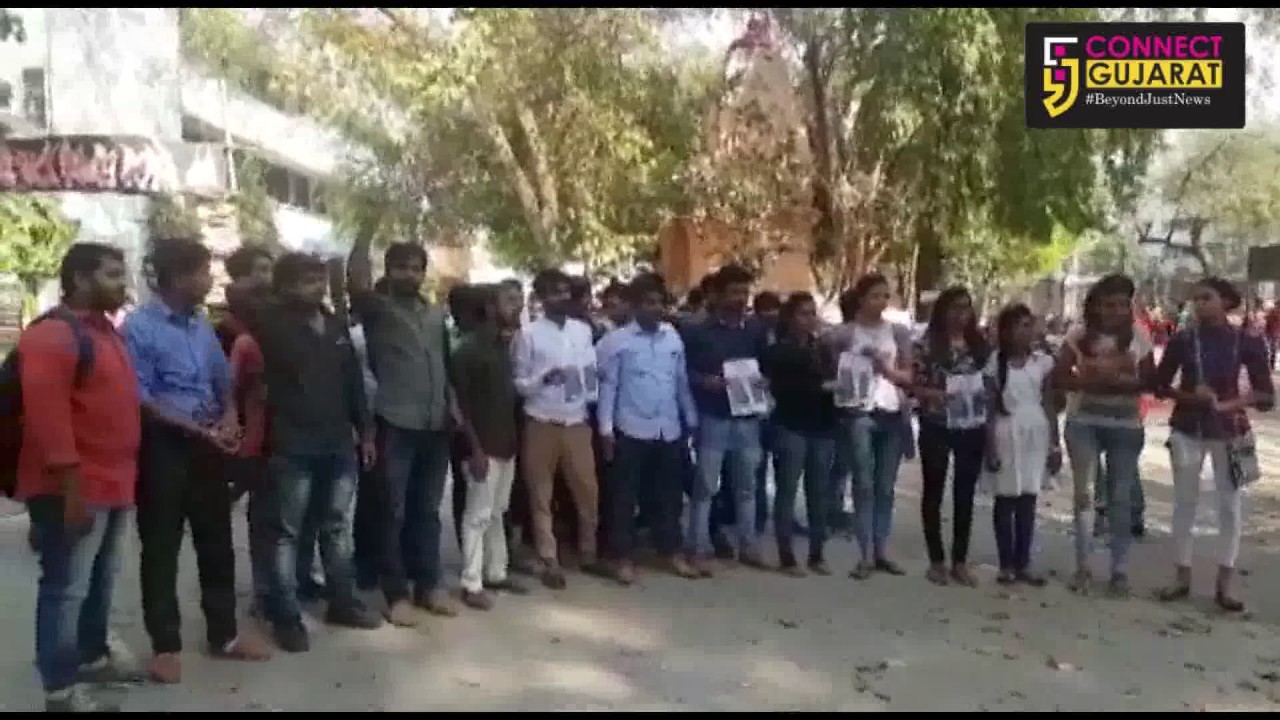 On Tuesday NSUI members went to meet the VC to aware him about the Monday's incident of clash with the ABVP supporters at Commerce faculty. Before they can meet the VC the vigilance team stopped them which lead to clashes between them.

In protest with this type of behavior the NSUI burn effigy of Vigilance officer P.P. Kanani and woman security and demand their resignation on Wednesday.

To burn effigy inside the faculty created the tense moments. Both GS Hitesh Batra and VP Priyanka Patel said that they started the agitation against the vigilance team from Wednesday and will continue till their resignation is not taken by the university. If possible they will call for MSU band in this regard.