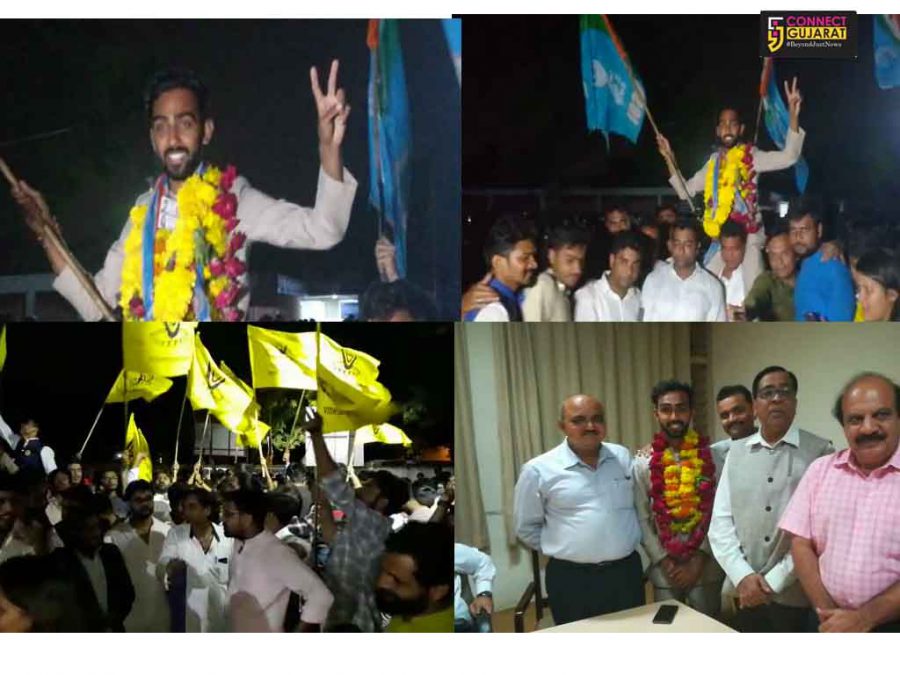 ABVP faced defeat in the elections

NSUI and VVS- Jai Ho group capture the top post in the all important MSU elections held on Friday. Vraj Patel from NSUI is selected as the new UGS and Saloni Mishra as the new VP of students body. ABVP faced defeat in the elections which send a pall of gloom in their supporters.

MSU saw 39.96% voting in the 2018 students union elections and counting started after the voting ends at 2pm in the afternoon. Results were out slowly after the two hours of counting and late evening NSUI and VVS- Jai Ho declared as winners of the top two posts. Vraj Patel from NSUI declared as UGS and Saloni Mishra as new VP of students union.

Total 16041 students from 41887 vote on Friday and counting begins at 3pm in the evening. First results was out from Commerce faculty where NSUI supporter from ACSG group Rohit Punjabi elected as FGS followed by the results from the other faculties.

Winning procession of the elected candidates is also taken out after the declaration of the results. Police also make elaborate arrangements to stop any untoward incident during the celebration.