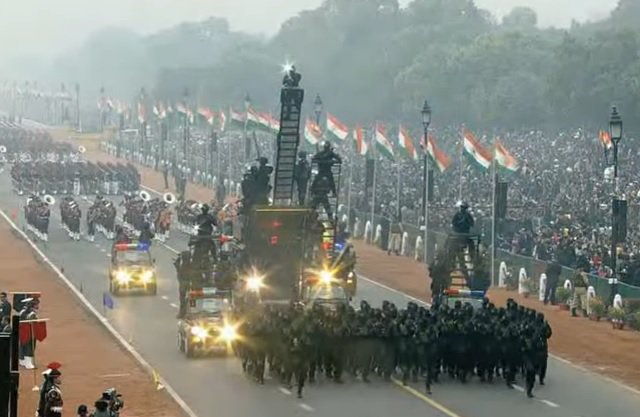 India’s elite counter-terrorism force, the National Security Guard (NSG), on Thursday made its debut at the Republic Day parade here.

A contingent of some 60 commandoes in their black overalls and full armed gear marched on the Rajpath, giving ceremonial salute to President Pranab Mukherjee.

The other commandos were on seven vehicles with hydraulic ladders mounted on them.

NSG’s anti-hijacking van ‘Sherpa’ – a bullet proof armoured vehicle that can withstand powerful explosions and can be driven under water and on steep inclines – also made its debut in the parade.