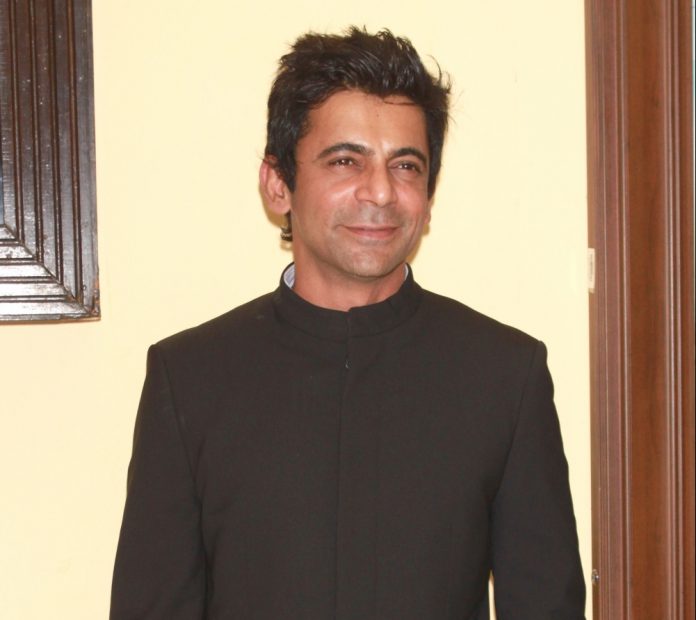 Popular comedian Sunil Grover said on Monday he is not filing a complaint against anybody and all reports related to it are ‘fake’.

Sunil, who is playing the lead role in the upcoming film “Coffee With D”, clarified this on his Twitter account.

“I am not in Delhi. I am not filing any complaint against anybody. It’s a fake news (sic),” he wrote.

Directed by Vishal Mishra and produced by Vinod Ramani, “Coffee With D” revolves around the story of a journalist who attempted to fix an appointment with underworld don Dawood Ibrahim.

As the filmmakers received threat calls from the underworld, they lodged a complaint at the Parliament Street Police Station in Delhi and released the audio recording of the phone call.

“We have been receiving calls from a man claiming to be the right hand of Dawood, Chota Shakeel,” said director Vishal Mishra in a statement here.

“We are law abiding citizens and stay in a democratic country. We haven’t done anything wrong in making the film on Dawood and will maintain that,” the statement said.

“We also don’t know how much truth lies behind the caller and his threats but all we can do is at least let the police and people know of it,” the statement read.

However, R.P. Meena, Additional Deputy Commissioner of Police, told IANS: “We have not registered an FIR in this connection on their allegations. Their complaint is being studied for further course of investigation if needed.”

Though Sunil said he is not going to file any police complaint, it is still not clear if the actor actually got any threat calls from the don. The recording, however, clearly mentions Sunil’s name.

The movie is the first release of 2017 and is slated to hit the screens on Friday.