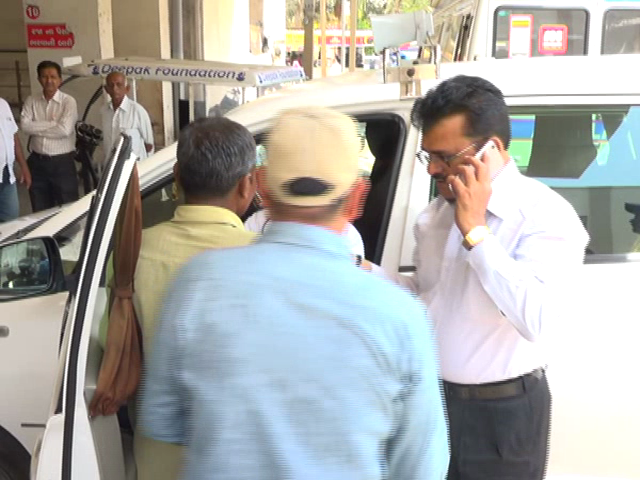 Shifted injured girl to hospital in his official vehicle

A noble gesture by VMSS deputy Mayor get applauded by the people on Thursday as he helped an injured girl & reached hospital in his own official vehicle. The girl was crying in pain and deputy Mayor without wasting any time shifted her to the SSG hospital for treatment.

As per details the girl Priya Patel was injured in front of gate number 3 while saving a family. She slipped from her two wheeler and crying in pain.

At that time Deputy Mayor Jivraj Chauhan was passing from there and stopped immediately after saw the injured girl. Without waiting for the ambulance he pick the girl and took her to the hospital in his own official vehicle.

The girl was immediately admitted in the hospital and attended by the doctors for her injuries. Her family members are also informed and briefed about the details.