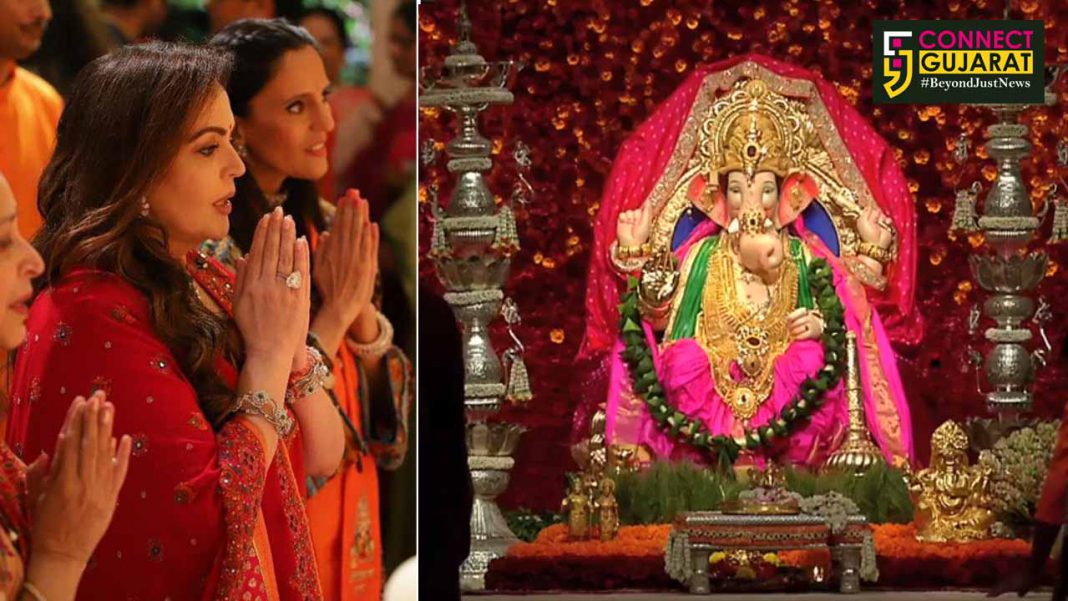 The Ambanis celebrated Ganesh Chaturthi at ‘Antilia’, with a star-studded puja. The annual affair once again saw Tinseltown in full attendance.

It was an extra special Ganesh Chaturthi for Mukesh and Nita Ambani as they were joined by their children Akash and Isha’s spouses – Shloka and Anand.

As per btradition, ‘Antilia’ was decorated with flowers and lights for the occasion. A full wall-size picture of Dhirubhai Ambani was garnished with a garland of white flowers.

The twins’ in-laws, the Piramals and Mehtas, also joined the family for the pooja. For the celebrations, Nita Ambani was seen wearing a red outfit paired with diamonds and pearls, and Reliance Industries Chairman Mukesh Ambani sported caring pink kurta. While the youngest spouse, Anant was also in pink, twinning with girlfriend Radhika Merchant, Akash opted  blue kurta for the occasion.