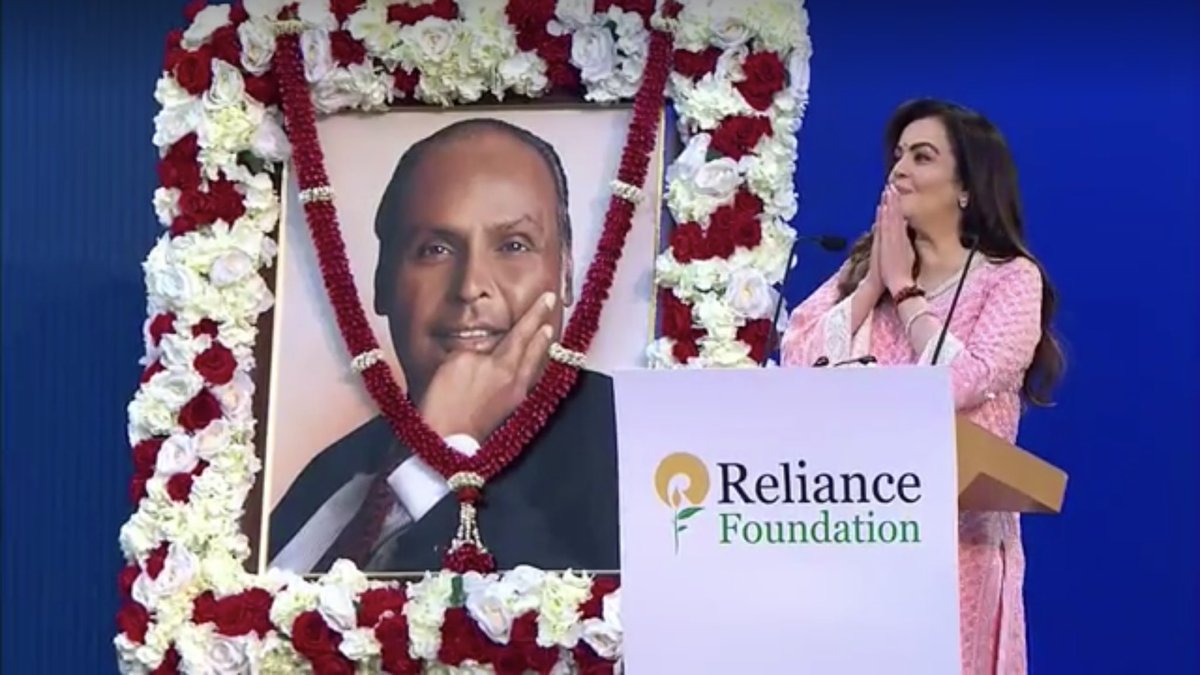 Nita Ambani, Founder and Chairperson, Reliance Foundation said: “The Dhirubhai Ambani Square and the Jio World Centre fulfil the vision of a great son of India, who believed that India has the potential to achieve global excellence in every area of nation-building.”

Nita Ambani, who heads India’s largest philanthropic organisation and has spearheaded many ambitious initiatives in education and children’s welfare, planned the event in a unique way. Driven by the belief that children are the creators of India’s brighter future, she invited nearly 2000 underprivileged children from various NGOs supported by Reliance Foundation to experience an enthralling Musical Fountain show at the Dhirubhai Ambani Square.

The highlight of the musical fountain programme for children was the rendition of ‘Vande Mataram’ and ‘Jai Ho’ – two popular anthems – synchronised with the intricate and mesmerising movements of the water fountain.

“I hope that this spectacular fountain will spark a fountain of joy and hope in all your hearts,” said Nita Ambani. “In the coming days, it will be a great treat to the eyes of all Mumbaikars who will visit this modern and futuristic square, part of the world class, multi-purpose Jio World Centre which will be the largest and one of the best global convention centres in our country. When the Jio World Centre opens towards the end of this year, it will be a place where people will get together, to appreciate art, to exchange ideas, to celebrate culture, and to soak in the heritage and vibrancy of our great city!”, she added.

The family of Nita Ambani and Mukesh Ambani also started a week-long Anna Seva (Food Service) programme today Wednesday in all the orphanages and old age homes in the city to commence the celebrations of the upcoming wedding of their son Akash with Shloka Mehta. This initiative began at the Jio Gardens, where members of the Ambani family, joined by Shloka’s parents Mona and Russel Mehta, served dinner with choice delicacies to nearly 2000 children. These children have been beneficiaries of Reliance Foundation’s several social development initiatives, including Education for All, Sports for All, Project Drishti, amongst others.

Nita Ambani said: “We are delighted to be able to share our joy with, and receive the blessings of, thousands of children and senior citizens from across the city. The special musical fountain programme at the Dhirubhai Ambani Square is a dedication to the vibrant spirit of Mumbai and we look forward to presenting several shows post the wedding to the people who make us proud every day − our police, our military and para-military forces, our firemen, our BMC workers, and many others who keep this great city safe and going 24×7.”

The week-long Anna Seva will be followed by continuation of supply of groceries to all the orphanages and old age homes in the city for a year. Reliance Foundation, under Nita Ambani’s leadership, has been implementing many impactful social transformation programmes in education, sports, rural development, promotion of art, and disaster mitigation.