Connect Gujarat
#Beyond Just News
More
Home Business Nissan kicks, with its unique design and brilliant features, is one hell... 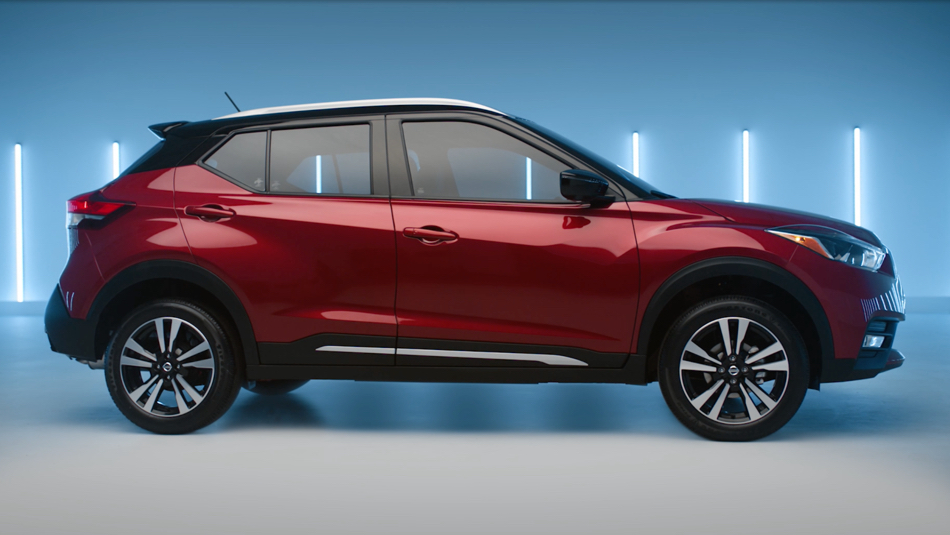 Nissan has launched the all-new Kicks in India with a lot of segment first features and great new looks. Its sister company Renault, which is already facing low sales with its Captur, had previously decided to reduce the on-paper prices of Captur by 81,000, to ease the blow they would have faced after Nissan Kicks was available to customers. Now that the Kicks has been launched and the Captur is now cheaper, what does it all mean for the Indian consumer?

Let us look at some basic features of both. As far as build structure goes Kicks and Captur are built upon the same B0 platform. Kicks and Captur are not available in the automatic transmission and both have 1.5-litre K9K diesel and 1.5-litre H4K petrol engine with 6-speed manual transmission available in diesel versions of both the cars. Both the SUV’s have very good ride quality and great suspensions which are very well tuned enabling you to drive seamlessly, even on patchy terrain. Kicks are having disk brakes at back and front, which are very responsive while Captur is having Drum brakes at the back.  On the highway, Nissan Kicks can easily cruise to speeds in triple digits, although steering gets a little firm. Due to its higher ground clearance all-round visibility is good and with a turning radius of 5.2 metres it provides really good maneuverability. Captur also has 210 mm ground clearance but its high seats force you to look down on the road and not on the road which is a drawback. Nissan Kicks comes with a 360-degree camera which again is very helpful to move around in tight spaces and parallel parking. Captur on the other hand only has a rearview camera. Although not much but Kicks has larger wheelbase and height than Captur.

Most of the interiors in Kicks are made of soft-touch leather material like at the front dashboard and doors while Captur has used a lot of hard plastic with grey and white contrast, which does not feel that premium. Looking into the instrument cluster Renault has a unique butterfly design while Kicks offers a very simple design. The infotainment system in kicks comes with 8-inch touch screen with Apple CarPlay and Android auto while Captur has 7-inch touch screen without Apple CarPlay and AndroidAuto. Both the cars have enough storage space in-front of gearbox but Renault has lesser space in the glove box. There is also a centrearmrest available both at front and back, with cup holders at the back. Captur gives you nice looking quilted leather seats while Kicks have settled for simple looking seats but have good backrest angle. Sitting at the back kicks will feel more spacious than Captur as it has better leg and headroom. There is also AC vents at the back of both the cars while kicks also have USB charging port available at the back. Talking about boot capacity, which is 392 liters for Captur and 400 liters for Kicks.

Both Kicks and Captur have a bold and dynamic design, from front kicks has V-motion grille with chrome edges while Captur has chrome studded grille. Projector headlamps in both are LED projectors, LED daytime running lights but Captur has unique C shaped DRL. Both cars have 17-inch alloy wheels and contrast roof, while Captur gives you the option to customize the roof.  Kicks have a lower roofline at the rear with a 100 kg capacity roof rails while Captur does not have the roof rails. Looking at the rear profile Kicks has boomerang-shaped taillights while Captur has ripple effect tail lamps. Both Kicks and Capture has a very good ground clearance of around 210 mm.

Both Captur and Kicks comes with lots of safety features, like Traction Control, Anti-lock Brake System, Electronic Brake-force Distribution, and Brake Assist are available in all the variants.

In Higher variants we can also get Cruise control, Hill start assist and fog lamp along with cornering lamp.

Nissan kicks, with its unique design and brilliant features, is one hell of a ride. This SUV holds an ex-showroom price of 9.55 lakh. Captur on the other hand, price in India used to starts at Rs. 10 lakhs for petrol and this range goes up to Rs. 11.70 lakh, whereas the diesel variants are priced within a range of Rs. 11 lakh and Rs. 13.25 lakh, but every trim level has got its price reduced. Although both are great and have almost similar features, Kicks has performed better in the area of design and interior which could make all the difference. Renault might have to pull a few more tricks out of the bag to capture audiences in our country.